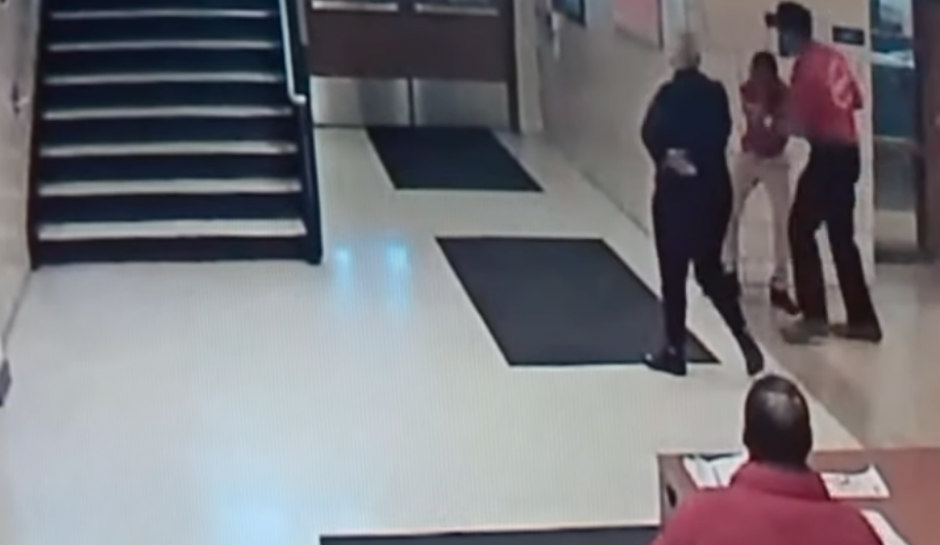 The mother of an elementary school student in Chicago says a school staff member tossed her son into freezing weather before the school reported the boy missing and lied about what happened, according to court documents recently filed.

CNN reports that according to a lawsuit filed by the fourth-grade student’s mother, Yvonne Pinkston, a school security guard at Fiske Elementary School in Chicago, identified as Maurice Polk, forced the child outside minutes after forcefully yanking him into an office.

The school reportedly claimed that boy, identified as K.C. in the lawsuit documents, left the school on his own but security footage obtained by the plaintiff’s attorney appears to show otherwise.

The video was shown during a press conference on Tuesday, according to CBS Chicago.

According to the lawsuit, the incident was ignited by bullying. K.C. transferred to the school from Lafayette, Indiana, earlier in the school year. Children at Fiske began bullying him because they “thought that he was lame and stuff like that, because he didn’t use profanity and he wouldn’t do certain things,” Pinkston said.

The boy reportedly told school administrators on numerous occasions that he was being bullied, but “the school didn’t like the fact that he was making complaints,” the family’s attorney, Dan Herbert said.

“The school, the principal didn’t like the fact that his mother and his grandparents were doing what they’re supposed to do, and that is, hold the school accountable,” Herbert said.

Further, the lawsuit alleges that the school guidance counselor, identified as Cynthia Millier, and school principal, Pamela Smith, “created a barrier” at the door so that the boy couldn’t get back inside.

The incident happened in March, when temperatures dipped down to 27 degrees that day. K.C. was wearing pants and a short-sleeved shirt at the time.

The school then called 911 and reported the boy missing, allegedly claiming that it was standard policy to report a child missing if they leave the school building.

The school also reportedly said K.C. had been “biting, scratching, kicking other kids,” according to Herbert, but the attorney said that it “didn’t happen” and that the boy simply defended himself when other students attacked him.

According to the lawsuit, Miller interviewed K.C., as well as the other students he allegedly got into a fight with. The counselor sent the other children, deemed as “safe and responsible students” back to class after they said K.C. was the aggressor. She kept K.C. behind, the lawsuit stated.

Polk later put the child outside, reportedly after the Miller shouted to the boy that she would “put him outside.”

“[He] sat outside in the cold, with a polo shirt on, for 30 minutes, scared, traumatized and freezing,” Herbert said.

“They throw this kid out on the street in Englewood, and they leave him there, and to make matters worse, they called the police and they reported that there’s a missing child. They report that some kid ran out of the school.”

Herbert said K.C. was outside for at least 30 minutes before authorities arrived.

“[He] sat outside in the cold, with a polo shirt on, for 30 minutes, scared, traumatized and freezing. Thankfully, the police showed up.”

Polk has since been fired from his position at the school. The district subsequently released a statement about the incident.

“These allegations are deeply disturbing, and we are fully committed to holding accountable any adult whose actions could have endangered a student,” Bolton said, according to CNN.

The lawsuits named Polk, Miller, the City of Chicago, its Board of Education, and Smith as defendants.