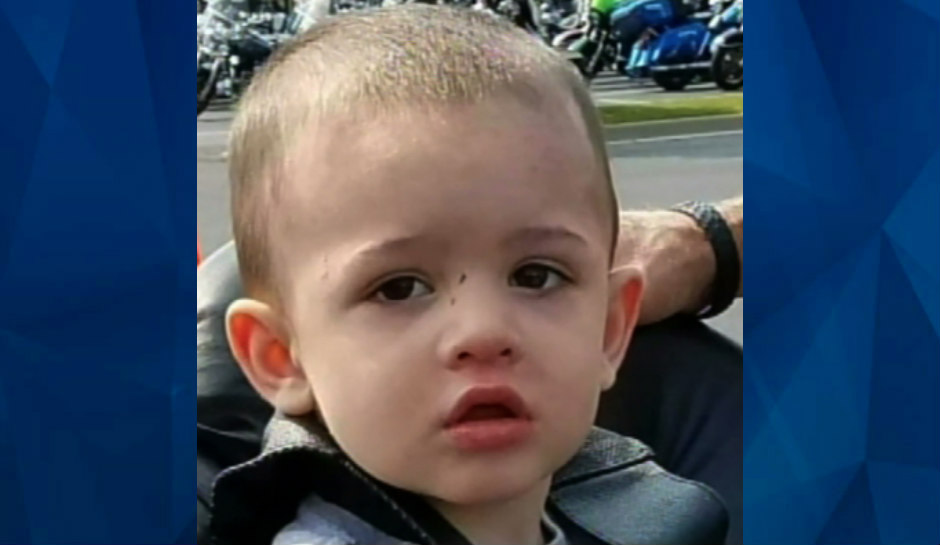 ‘Mom’ does nothing as boyfriend beats tot boy to death for not eating hot dog. She’s now headed to prison

A Kansas mother will spend the next 18 years in prison for her role in the death of her toddler son, who passed away last year after months of severe abuse.

The Wichita Eagle reports that Elizabeth Woolheater “lost it” when her 2-year-old boy, Anthony “Tony” Bunn, refused to eat a hotdog during breakfast in May 2018. After Woolheater slapped the boy across the face and punched him, her boyfriend, Lucas Diel, beat the toddler to death.

On Friday, in a Sedgwick County courtroom, Woolheater learned her fate for her role in the boy’s death. Diel previously pleaded guilty to second-degree murder for his role. He’s serving a 48-year-prison sentence.

Woolheater claimed she walked away after slapping and hitting Tony while Diel held the boy’s mouth shut. She said she left the boy in his bedroom with Diel and heard her son scream while Diehl beat him.

Woolheater said she walked back to her son’s bedroom and saw him lying unconscious, with a chipped tooth and a swollen face. Yet, she “did not know if it was dire enough to call for EMS,” court documents read. She ultimately called 911 at the insistence of Diel’s mother, a registered nurse.

When officers arrived at Woodheater’s home, off of the 800 block of North Woodrow in the Riverside area of Wichita, they found Tony unresponsive. He was rushed to the hospital but subsequently passed away.

An autopsy report indicated that Tony had been the victim of ongoing abuse. The boy’s arm was healing after it was previously broken. One side of his previously broken nose showed signs of healing, indicating it happened months prior to his death. He was also malnourished and had “extensive trauma to his head.”

“Anthony had a broken nose that was healing on one side and the other side was fractured, he had a missing tooth and one tooth that was loose. Both of Anthony’s eyes were swollen shut with blue and red bruising of the eyelids. Anthony had bruising behind the ear and clustered bruising under the chin.”

Woolheater admitted that the boy had been abused for months.

Affidavit: Death of Anthony… by Leigh Egan on Scribd

Diehl initially denied hurting Tony and claimed when he got out of the shower on the day in question, the boy was already unconscious. After his story began unraveling he took a plea deal. Diel was sentenced to prison earlier this year, according to The New York Times.

As CrimeOnline previously reported, attorney Shayla Johnston, a lawyer representing Tony’s maternal grandparents, filed a lawsuit on their behalf and argued that Sedgwick County DCF knew that the boy was abused while in his mother’s care in October 2017, but didn’t do enough to help him.

The toddler lived with his grandparents, Zachary and Nancy Woolheater, shortly after a child abuse incident, but 12 days later, the toddler was back in his mother’s care when the DA failed to find sufficient evidence of abuse.

DCF replied to the lawsuit. They released a statement admitting they investigated child abuse allegations in regards to Tony in October 2017. The investigation, according to DCF, was a joint effort with Wichita police.

“We are deeply saddened by this senseless tragedy … and staff are reviewing this case to determine whether personnel, policy or procedure changes are necessary to prevent further tragedies from occurring,” the statement read.

Court documents indicate that the boy’s grandparents tried legally to keep him safe but were roadblocked when the agency “failed to follow reasonable protocols expected to secure permanent placement and supervision of the child.”

The case touches home for Johnson. She’s the aunt of 3-year-old Evan Brewer, a boy found dead and sealed inside a cement block in his mother’s rented Wichita home in 2017. Similar to Tony’s case, DCF knew of Evan’s reported abuse and neglect at the hands of his mother, Miranda Miller, and her boyfriend, Stephen Bodine.

Meanwhile, Woodheater apologized for her role in Tony’s death during sentencing this week.

“I know that I’ll never be able to make up for or undo the mistakes I made….I do want it to be known that I did love Tony — and I still do — with all my heart.”