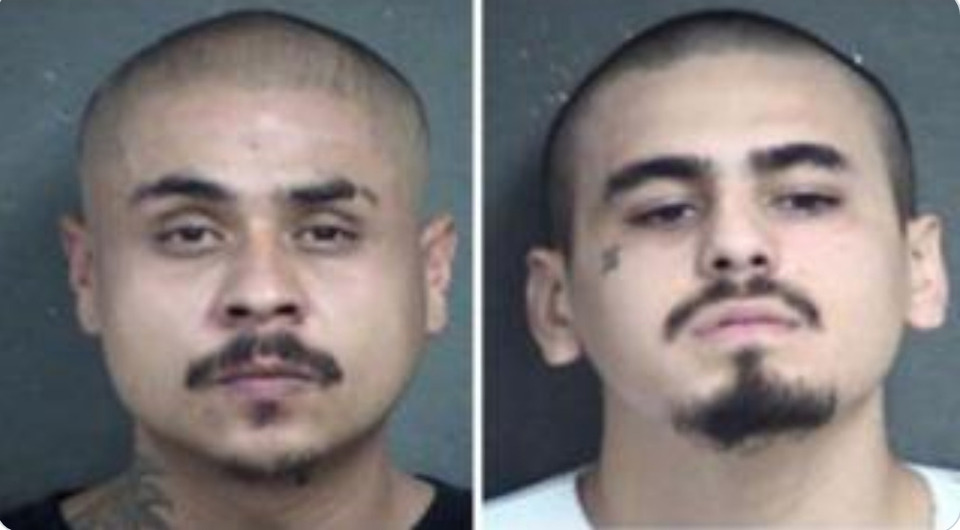 One of the two suspected gunman in the deadly mass shooting in Kansas City over the weekend has been captured – while a second suspect remains at large.

A second gunman is still at large, and is reportedly considered armed and dangerous. The manhunt continues for Hugo Villanueva-Morales, who is pictured on the left, beside Alatorre, who is now in custody on $1 million bond.

Earlier Saturday night, a bartender at Tequila KC Bar refused to serve one of the suspects, and he allegedly threw a cup at the bartender before fellow patrons at the bar helped eject him. According to Fox News, it is not clear if the man was Villanueva-Morales or Alatorre, but he returned to the bar after last call around 1 a.m. with the second man, and opened fire.

Authorities have not yet identified the deceased or injured victims. The five who were injured are all expected to survive.