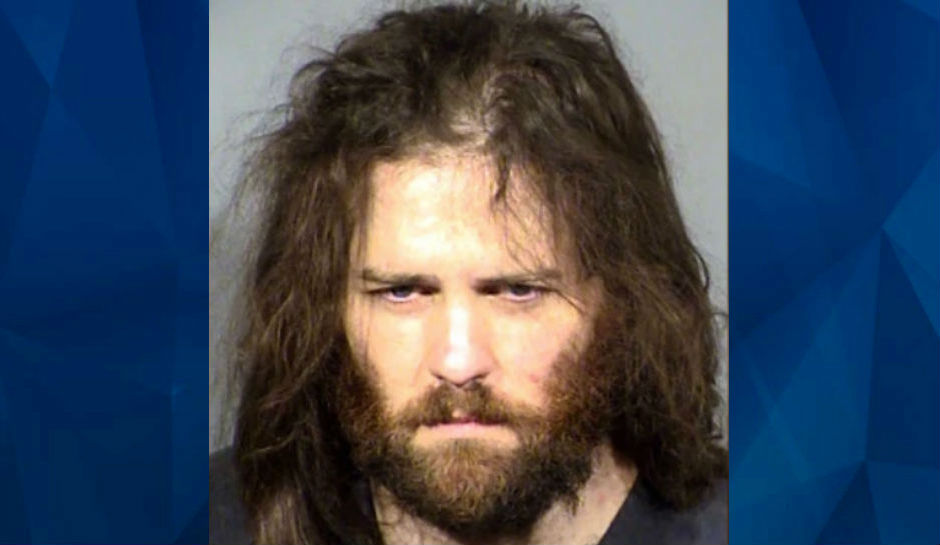 Boyfriend held girlfriend captive for two weeks, forced her to drink lye, shaved her head and choked her to the point of unconsciousness: Police

A Las Vegas man is accused of torturing and assaulting his girlfriend while he held her captive for two weeks.

The Las Vegas Review-Journal reports that Benjamin Obadiah Foster faces multiple charges including first-degree kidnapping and  assault with a deadly weapon after he allegedly kidnapped his girlfriend and held her captive in her Las Vegas apartment between September 16 and October 2, when she eventually escaped.

According to an arrest report obtained by the newspaper, Foster, 33, held his girlfriend captive after accusing her of having him followed. The unnamed woman was allegedly bound at the ankles and wrists with zip ties. She reportedly told police that Foster shaved her head over the course of two days; half one day and the other half the next. She claimed he forced her to drink lye and choked her to the point of unconsciousness.

The woman also said that Foster threatened to kill her with a knife and a gun.

The victim reportedly escaped after convincing Foster that they needed to go shopping for food and water, and he allowed her and her dog to join on the errand. When Foster was momentarily distracted by the dog, the woman fled from the car and ran into a store. She exited the store through the back and continued running to an apartment complex. A resident who found here there “in a panic” took her to a hospital. There, staff called 911 to report the alleged kidnapping.

Foster was arrested later that same day at the victim’s apartment and remains in custody without bond.