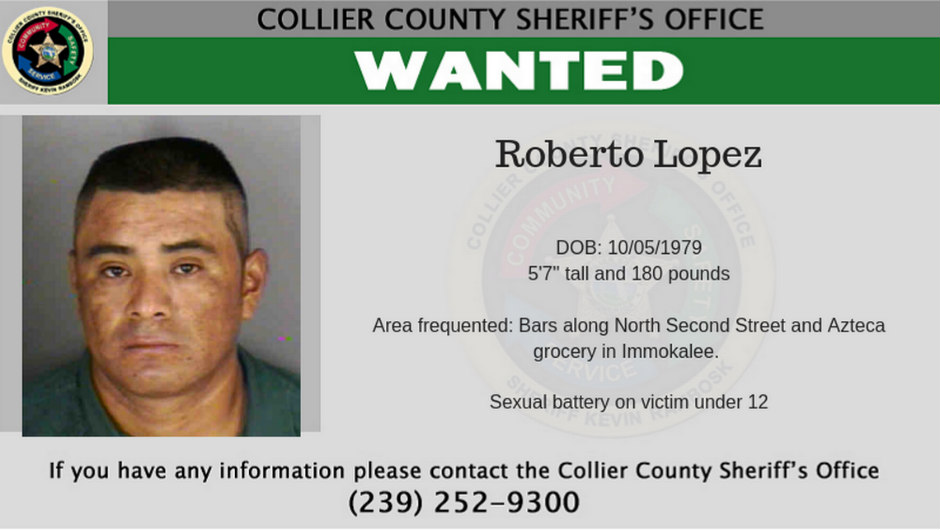 Florida police are searching for a man accused of brutally raping a 2-year-old little girl, who’s now in critical condition.

Miami Herald reports that 40-year-old Robert Lopez of Immokalee, Florida, is wanted in connection with the assault. Authorities issued a warrant for Lopez for felony sexual battery on a victim under the age of 12.

According to court documents, the victim’s father and a friend brought the child to the Community Medical Care Center in Immokalee on Monday morning. They claimed the toddler fell and injured herself. However, a physician located an “injury located in her vaginal area,” and contacted police, the outlet reports.

The following day, a witness contacted authorities and said she heard the child crying on early Monday morning, at around 5 a.m. or 6 a.m. The witness said she followed the cries to a bathroom and when she knocked on the bathroom door, a man answered.

The witness did not know Lopez and had never seen him before Monday. She picked him out during a police photo lineup, but Lopez had already fled.

According to police, the suspect is known to hang out in bars around the N. 2nd and Azteca area.

“We need your help in locating this Animal … This guy is pure evil and does not need to be on our streets,” Hendry County Sheriff Steve Whidden wrote, according to AJC.

“The victim is safe and in the custody of the Florida Department of Children and Families,” CCSO added.

Anyone with information is urged to call the Collier County Sheriff’s Office at 239-252-9300. Check back for further updates.