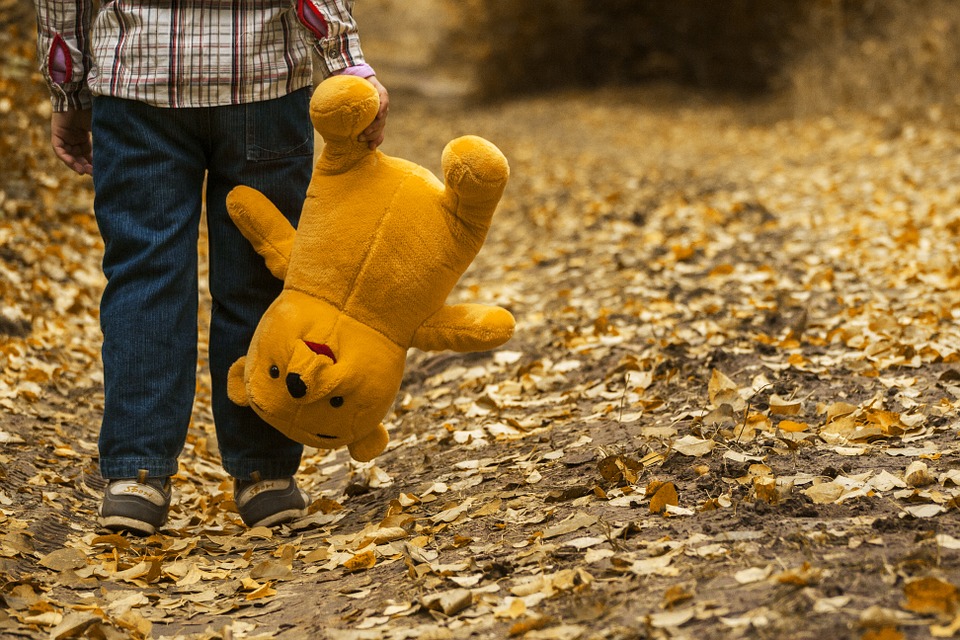 A Wisconsin man is facing numerous felony charges in connection with an 8-year-old boy found wandering alone on a highway, after allegedly escaping an abusive home.

CBS 7 reports that Shawano County deputies responded to a call on October 5 after the boy was spotted on Highway 45 in Shawano. Police said the boy “probably had not showered in several days,” and was walking in shoes that were too big for him. The boy told the deputies he was hungry when they approached him.

“[He’s] rather skinny and his rib bones could be seen,” a deputy wrote in the criminal complaint.

According to investigators, the boy initially said someone dropped him off on the highway, but he eventually admitted he ran away from home after being forced to sit in a basement chair for two nights. The boy said the only thing he had eaten within the past few days was a peanut butter sandwich.

The suspect, identified as 36-year-old Nathan Pogrant, is accused of using a large sweatshirt as a “straightjacket,” according to investigators, to tie the boy to a chair. The child said Pogrant then tied a rope around his body and put locks on his legs.

The victim said he started crying after Pogrant left him in the dark in the basement. Pogrant allegedly turned his music up to drown out the little boy’s cries.

Investigators went to the suspect’s house and question him, but according to police, he denied abuse allegations and said the boy was “violent toward other family members” and was told to sit in a chair in the basement as punishment.

Investigators saw the chair with a metal lock, zip ties, and restraints. However, without a search warrant, they couldn’t take it into evidence.

On October 11, authorities returned with a search warrant, but the chair was gone. The child’s mother told the officers that Pogrant threw the evidence in the dumpster. She managed to keep the makeshift straight jacket and a few other items that she handed over to the investigators.

Police arrested Pogrant and charged him with child abuse, causing mental harm to a child and false imprisonment. He’s also facing unrelated charges of bail jumping and possession of THC.

According to NBC 26, investigators also spoke to the child’s mother and asked her why she didn’t intervene when the suspect abused her child.

“I don’t know,” the woman replied.

The little boy reportedly told police that he was tired of mice and wetting himself in the basement. On October 5, he wiggled himself out of the sweatshirt and pulled the locks off of his ankles. He then found his snowsuit and jacket, then snuck out while his mother and Pogrant slept.

Bystanders spotted the boy on the highway and gave him some food, then contacted the police.

According to the criminal complaint, the boy laid out a detailed description of what he reportedly endured in the home, FOX 11 reports.

“He stated Nathan tells him that he is going to have to live down in the basement (W)hen he is punished he has to go in the wooden chair with metal legs in the basement. He stated that Nathan put a straight jacket (hooded sweatshirt) and then tied a cord around his body (he) stated that he steals food and then Nathan told him that they would break his fingers if he steals more food.”

The boy was interviewed by a child advocacy agency who noticed bruising all over his body and bruising on his right eye “which was tender to the touch.” The little boy explained that he would get hit and spanked with a paddle, according to the criminal complaint.

Pogrant remains behind bars on a $25,000 cash bond. He’s also facing charges in another case for sexual assault with force and domestic violence.

The child’s mother has not been charged. Check back for further updates.