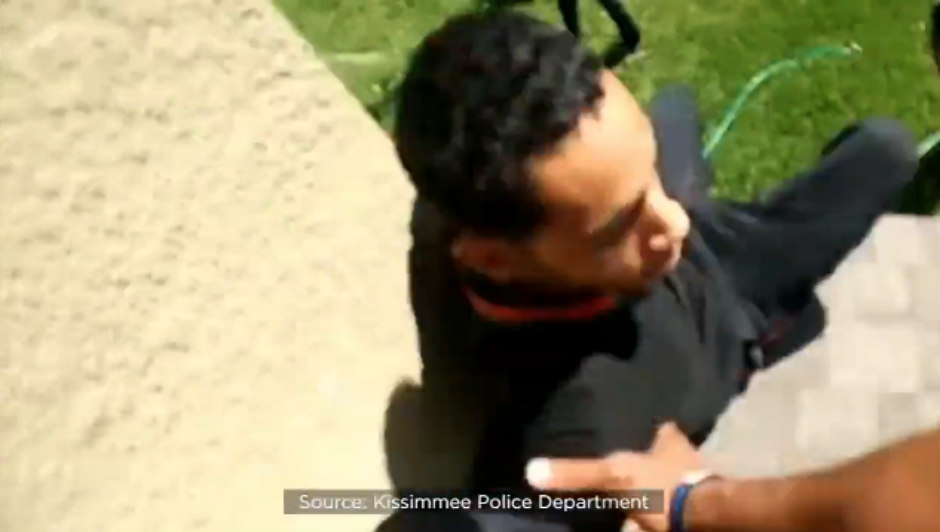 ‘Just push him off!’ Florida officer pushes teen off of roof at command of his Sgt. [WATCH]

An 18-year-old Florida teen accused of taking his girlfriend’s car without permission was apparently pushed off of the roof of a home by a Kissimmee police officer. The Kissimmee Police Department said the incident was handled incorrectly and shouldn’t have happened.

ABC 9 reports that Officer Plenio Massiah arrived at a Kissimmee residence to question the teen, who fled to the roof when he saw the officers. Massiah followed him, while  Sgt. Anthony Amada went to the back yard and looked up at the teen.

Amada then instructed Massiah to push the teen from the roof. Massiah, in turn, did as Amada instructed. The teen was not injured from the fall, but officials said the officer did not follow proper safety protocol.

Massiah later reportedly said he was afraid of a possible struggle happening with the teen while on the roof. Regardless, he was suspended for eight hours “for failing to follow KPD general order.”

Amada had a Taser aimed at the teen while waiting for Massiah to push him off and immediately Tased him when he fell. The teen pleaded with the officers and told them he wasn’t resisting.

Police Chief Jeff O’Dell said that the “decision to push the suspect off the roof could have resulted in significant injury.”

Amada resigned from the police force, according to the outlet. He was being investigated for a different case when the latest investigation started. This is the first time the department disciplined Massiah.

Watch the security footage below.