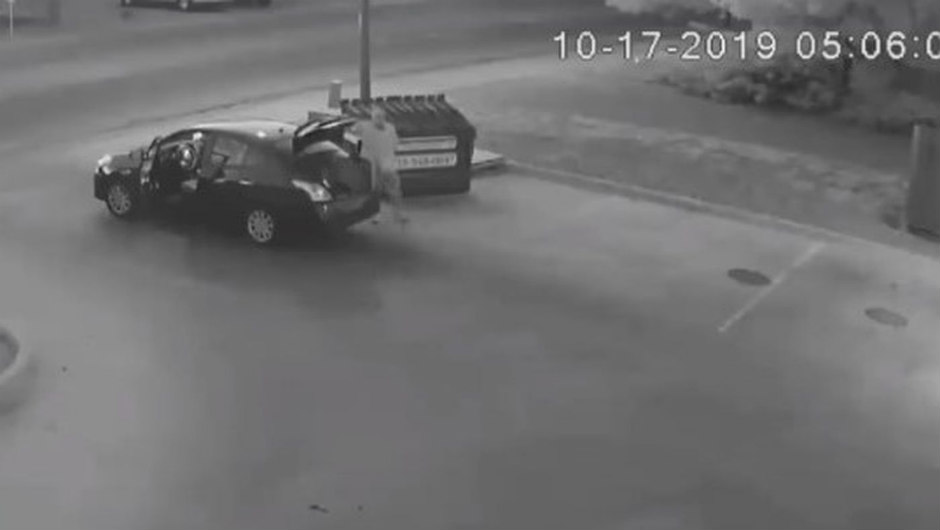 WATCH NOW: Suspect caught on camera tossing dead woman stuffed in suitcase into dumpster. Can you help ID her?

Colorado authorities are asking for help in identifying a woman and suspect who dumped her body in a dumpster at a Pueblo car wash.

CBS 11 reports that the incident happened at a dumpster behind a car wash at Ivywood Lane and Vinewood Lane near S. Pueblo Boulevard, at around  6:42 a.m. on October 17. Officers were called to the area after a tipster called in and said they spotted suspicious activity.

It was real. Police are now treating the incident as an active homicide investigation. NBC 5 reports that heavy police presence was seen on Friday off of Euclid Avenue in Pueblo, as part of the investigation.

PLEASE SHARE!Pueblo Police just shared this video of the suspect in a case where a body was found in a suitcase in a dumpster. The body was a female (we will have pictures of her tattoos soon). If you can identify the suspect below please call (719) 320-6049. More info:https://www.kktv.com/content/news/BREAKING-Police-investigate-suspicious-package-found-in-a-dumpster-563306282.html

The suspect drove a dark blue four-door sedan, according to police. The driver, a male, got out of the vehicle, walked a few feet to the dumpster and opened the lid. He then opened the car trunk and waited until two other cars on a nearby road passed by. The man then struggled, but eventually pulled the suitcase out, tossed it into the dumpster and drove away.

The unidentified victim has a few unique tattoos, police said, including clown with a mustache tattoo on her right thigh and two heart tattoos. Authorities said the victim was wearing M&M candy shorts and an Air Force t-shirt.

Anyone with any information is urged to contact one of the following: