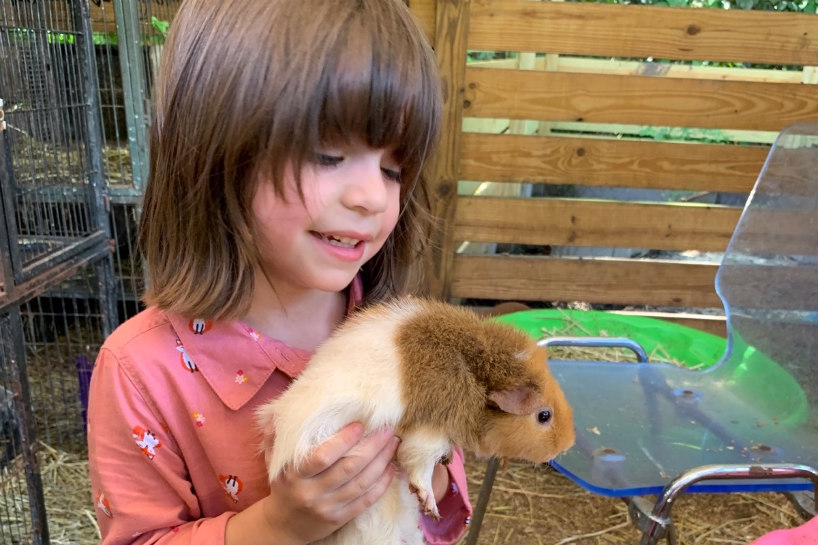 The Pembroke Pines Police Department released records last week that provided a disturbing glimpse into what happened to a Florida girl’s family as she hid in terror.

Sun-Sentinel reports that Pablo Colon, 35, killed three family members while his little girl, 3-year-old Adriana, grabbed her blanket and slid under a dining room table. She closed her eyes shut and didn’t move as sheer horror unfolded a few feet away.

According to court records obtained by the outlet, the incident happened on August 25, at around 8 p.m. inside a two-story Pembroke Pines home off of 1657 SW 156th Avenue, in the gated Grand Palms subdivision. The Miami Herald reports that the family was renting the home and had lived there for around six months.

Colon lived in the home with wife Sandra Colon, 36; twins girls Adriana and her sister, both 3; and Sandra Colon’s mom, Olga Alvarez, 61.

The 911 operator traced the call and obtained the address, then dispatched police to the scene. An officer from Pembroke Pines PD arrived at around 8:36 p.m. He knocked on the door, but no one answered. Backup officers arrived shortly after.

Shortly before police arrived, Colon called his cousin and explained what he did. Family members then arrived at the home and tried to talk the man into coming out and surrendering to police. Instead, Colon shot himself.

For two hours, authorities tried to contact Colon. They called numerous times and knocked on the door. No one answered, accord to court records. SWAT officers gained entry to the home around three hours after the first 911 call.

Once inside the home, officers found three victims deceased. Only Adriana was unaccounted for. According to police, she hid so well that the police didn’t see her during their first scan of the home.

Colon shot all three victims in the head. Officers found him on the second floor of the home in the master bedroom, facedown with a gun in his hand, dead from an apparent suicide.

De La Hoz told detectives that Colon said he caught his wife cheating on him. Colon’s other cousin, Dominique Pinzon, told the Sun-Sentinel that Colon did have marriage problems, but generally appeared to be happy and in love.

“It was a couple who had their problems, but from an outside point of view, it seemed like they were working on it. We knew they loved each other, and they had a passionate love.”

Meanwhile, according to Pinzon, extended family members have put their energies and focus on caring for Adriana.

In late August, according to NBC 6, numerous family members showed up to a court custody hearing, where a judge told them visitation with Adriana should be set up with a child advocate. For now, she is living with a paternal cousin.

A GoFundMe fundraiser has been set up to help cover the little girl’s future expenses.

Pinzon added that Adriana is now in grief therapy.

“She is going to know that her family loved her. She had a beautiful family who absolutely adored her.”