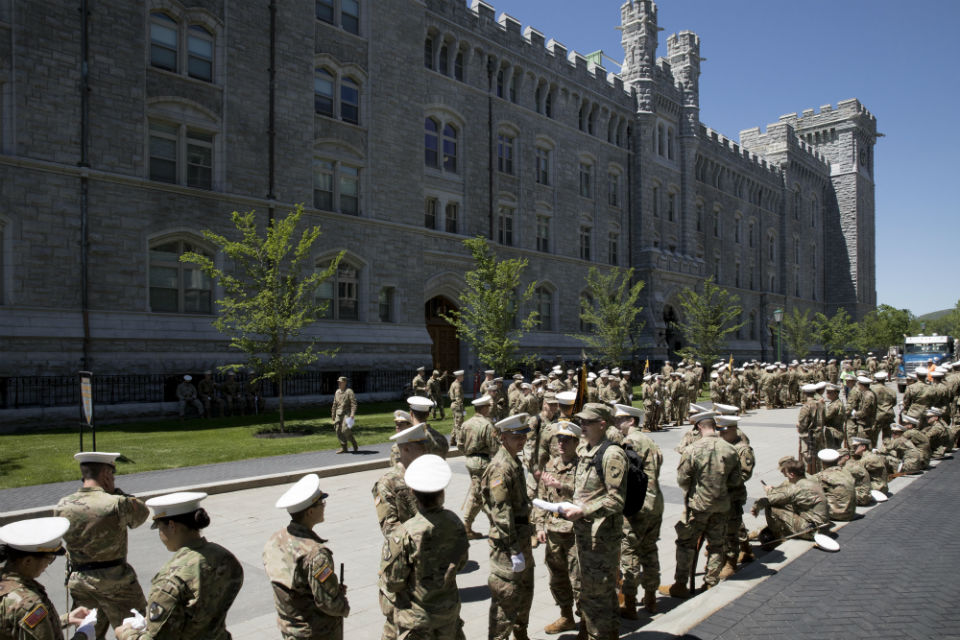 Authorities are conducting a massive search for a West Point cadet who went missing with his rifle late last week.

Fox News reports that the unidentified cadet was last seen on the grounds of the U.S. Military Academy in West Point, New York, at about 5:30 p.m. on Friday. The missing cadet is reportedly a member of the academy’s class of 2021. His M4 rifle is also missing, but academy officials told Fox News that the cadet is not believed to be in possession of ammunition or magazines.

The search for the missing cadet reportedly began early Saturday morning when he did not appear for a military skills competition. Military police were notified of his disappearance after his fellow cadets failed to locate him.

Authorities have said there is no perceived threat to the public.

“There is no indication the cadet poses a threat to the public, but he may be a danger to himself,” military officials told the news outlet.

The U.S. Coast Guard has reportedly joined the investigation, and searched for signs of the missing cadet in the Hudson River on Sunday. The U.S. Military Academy in West Point is 40 miles north of New York City.

“I want to thank the local and state law enforcement agencies and emergency services for their tireless support,” Lt. Gen. Darryl Williams, the superintendent of West Point, said in a statement obtained by Fox News.

“We will continue to search with all means possible, on and off West Point. Safely locating the cadet remains our focus and number one priority.”