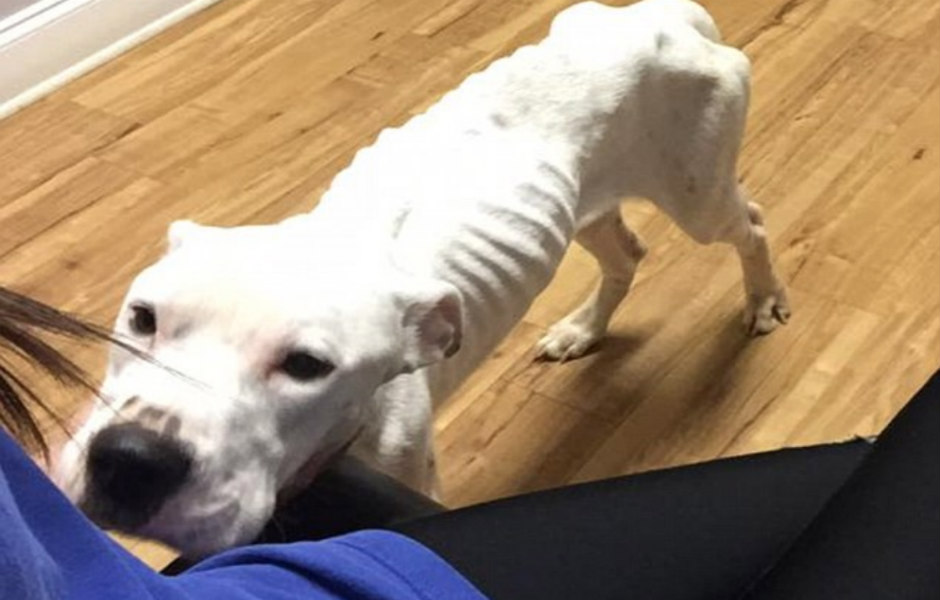 A South Carolina woman is accused of intentionally starving her former boyfriend’s dog while taking care of and feeding her own dogs. The dog, a Mastiff mix called “Champ,” was saved after a neighbor reported a tip to police.

For 30 days, Elizabeth James, 30, allegedly starved Champ, refused to give him water and never showed him any attention. Champ was found tied to a tree, so malnourished and dehydrated that he couldn’t stand or move. After blood transfusions at Clinton Animal Hospital, continuous medical care and a new foster home, Champ was saved.

James was indicted in December 2018 and is now facing felony animal abuse charges.

Meanwhile, in Cobb County, Georgia, Ashley Marie Davis, a supposed dog sitter and foster parent to animals, is accused of leaving not one, but two foster dogs locked inside her home alone in 2016 for weeks.

She eventually put one of the dogs, Lucky, out on her front porch after a rescue advocate’s insistence. Lucky was “skin and bones,” rescue advocate Justine Stinnett said.

Another dog, a blind special needs dog named Simpson, was found at Davis’ home severely malnourished and neglected. According to Cobb County Superior court records, Davis was indicted on four counts of felony cruelty to animals in July 2019. CrimeOnline reached out to the Cobb County solicitor for comment, but he was not readily available.

These three horrible cases of animal abuse are in today’s show. With Nancy Grace today to address the cruelty and the caregivers who did it: