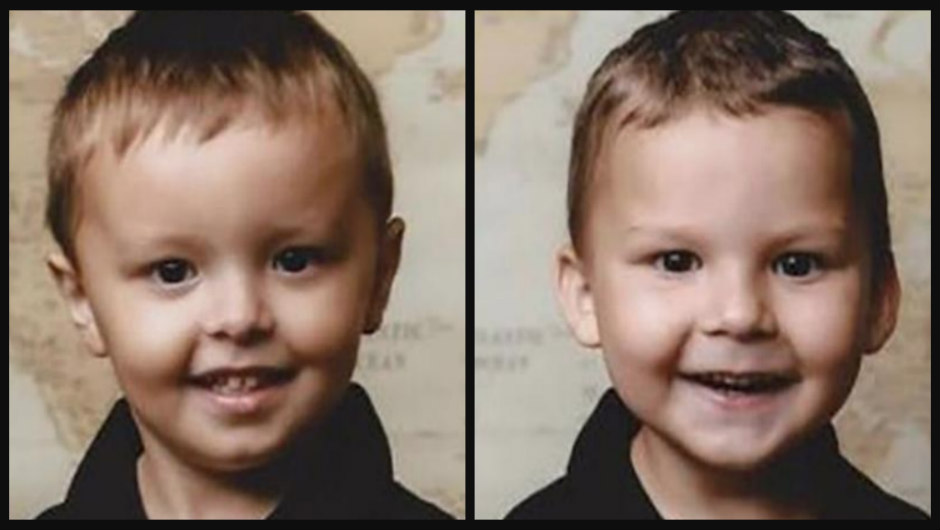 New Mexico police are asking for the public’s assistance in finding two little boys who disappeared over two weeks ago. According to officials, the children are likely with their father, a convicted sex offender.

The Las Cruces Police Department reports that Maverick Ransom, 3, and brother Orion Ransom, 4, could be with their father, Clarence Michael Ransom, 52. Ransom picked the children up from a Las Cruces daycare center on October 8 and failed to return them to their mother.

Ransom and his estranged wife share custody of the children, but investigators said he never made any arrangements to take the boys anywhere. He may have traveled to Ciudad Juarez, Mexico, on October 8, and returned to the U.S. the next day.

It’s unclear where he may have taken the children to.

Authorities obtained a nationwide warrant for Ransom’s arrest on charges of failure to register as a sex offender and non-compliance with his custodial agreement.

Ransom is described as a white male who stands 5-feet-11-inches tall and weighs around 195 pounds. Both boys are white males who stand 3-feet-6-inches tall. They weigh approximately 30 pounds each, according to Las Cruces police.

The New Mexico Department of Public Safety Sex Offender Registry states that Ransom has several tattoos on his arms, chest, legs, feet, and back. He was convicted in 1991 of aggravated sexual abuse in Oklahoma.

Court documents indicated that Ransom engaged in sex with a minor at the Fort Sill Military Reservation in Oklahoma.

“[Ransom] contends that he reasonably believed that the female minor in question was fifteen years old. Even if the facts were as the defendant supposed them to be, his conduct would still constitute sexual abuse of a minor under 18 U.S.C. § 2243,” court documents state. 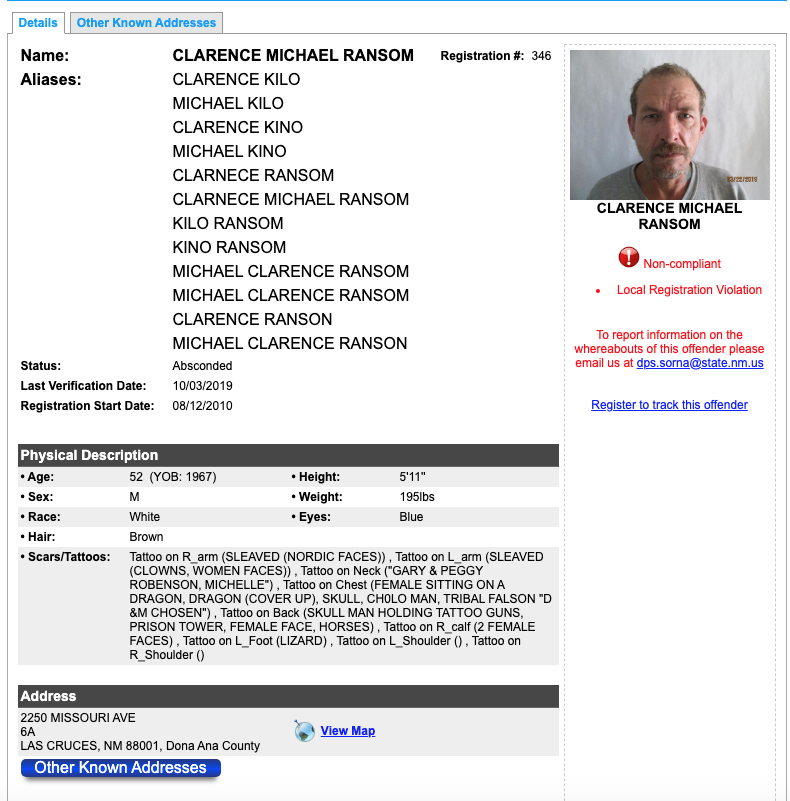 Ransom may be driving a  silver 2013 Toyota Camry with temporary tags. Police ask the public to contact them immediately if the Ransom and/or the children spotted.