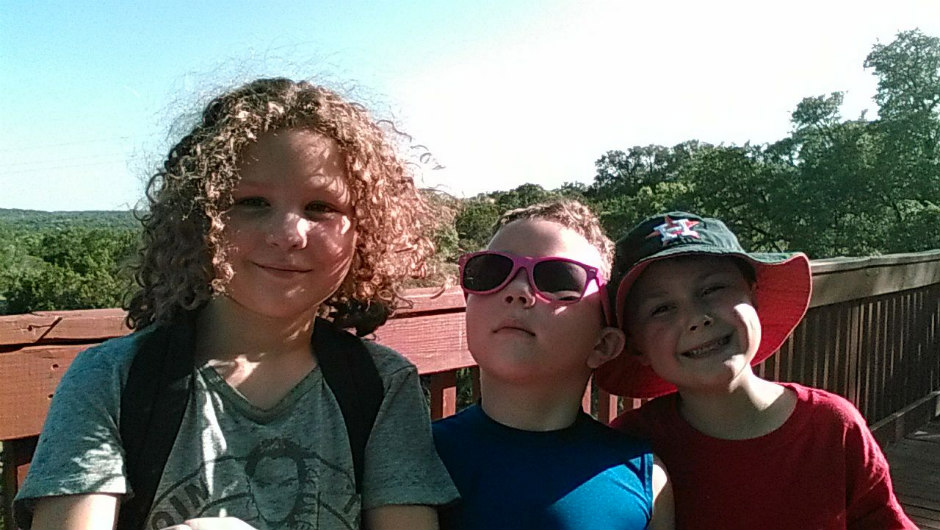 As school staff at a Texas elementary school worried about how the children of a newly-divorced couple would cope with their new life changes, the mother of the kids shot them dead following her finalized divorced.

ABC 13 reports that authorities found the bodies of Parrish Auzenne, 11, Eleanor Auzenne, 9, and Lincoln Auzenne, 7, inside their Deer Park home off of New Orleans Street on Tuesday morning. After the Harris County Medical Examiner’s Office ruled their deaths as murder, detectives said that their 39-year-old mother, Ashley Auzenne, was the primary suspect.

After killing her children, Auzenne then turned the gun on herself, causing fatal injuries. Her death was listed as suicide.

According to court documents, Auzenne and her former husband, Murvin Auzenne Jr., finalized their divorce a week before she carried out the shootings. Auzenne Jr. told the Houston Chronicle that he was shocked that she could do such a thing to their children.

Auzenne Jr. reportedly admitted that his ex-wife “was very upset with the result” after learning the court blocked her from moving back to her hometown with the children.

Further, he said that the court ruled that Ashley Auzenne would need to get a job pay him for rent if she continued to stay in their Deer Park home.

“Ashley tried her best to be a good mother,” Auzenne Jr. said. “She and I had our issues, we argued and fought just like any other couple headed for divorce, but I never had any reason to believe she was capable of this. Nobody did.”

According to court documents, Ashley Auzenne was the one who filed for divorce.

One of Ashley Auzenne’s friends, Carrie Junot, called the woman “the sweetest person” who seemed dedicated to all of her children.

“She was a mom, completely about making sure her kids were happy and taken care of. I know she was dealing with a bunch of stuff personally and medically…..She was the nicest person you could have met, opened her doors to people and advocated for her son.”

Another friend, Mary Dybka, reportedly said Ashley Auzenne was vocal about her disdains of guns and gun violence. Dybka said the pair would joke that Ashley was “more Yankee then Texan with her Democratic views and strict gun control beliefs.”

Dybka told the Houston Chronicle that her friend was the victim of emotional abuse.

“I know he had been extremely controlling and extremely verbally abusive,” she said, referring to Auzenne Jr.

Auzenne Jr.’s father, however, told CBS 11 that there is “no rational explanation” for what happened.

“When young innocents die like this, there is no rational explanation. We will never know why Ashley acted as she did, but we offer our heartfelt prayers to her family,” Murvin Auzenne Sr. said. “Until law enforcement completes its investigation, we ask the public to please respect our need to grieve our loss in private.

“It really makes me mad, to be honest,” Deer Park Elementary parent Chris Pierce told the outlet. “It’s just amazing how it affects everybody whether they go to school with them or not.”