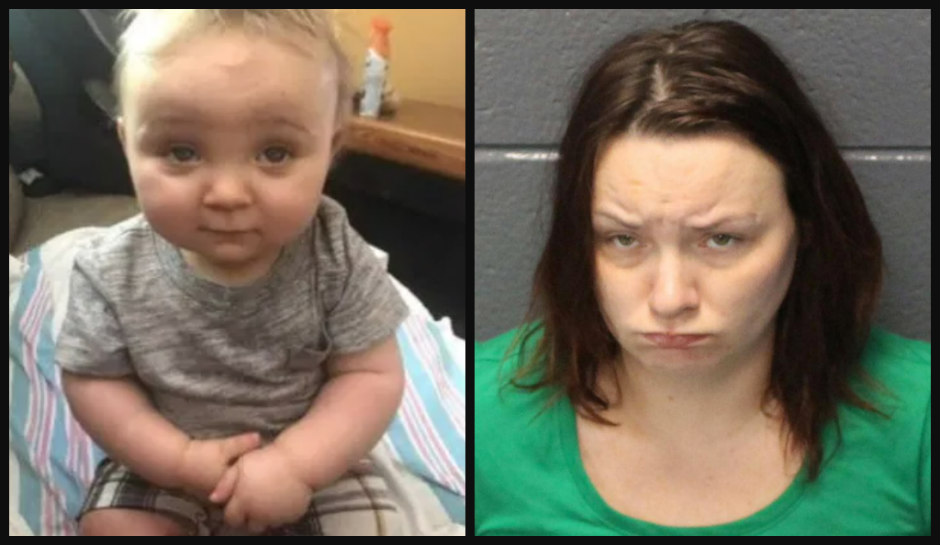 A Virginia boy found deceased at a steam plant endured unimaginable neglect and pain prior to his death, and at the hands of his own mother, according to Hampton Commonwealth Attorney, Anton Bell.

As CrimeOnline previously reported, officials with the Hampton Police Department announced that 2-year-old Noah Tomlin was found deceased at a steam plant in Hampton in July. Police initially charged his mother, Julia Tomlin, with three felony counts of child neglect. After a completed autopsy, authorities have upgraded the charges.

Tomlin reportedly said she put Noah to bed on June 23 at 1 a.m., but by 11:35 a.m the same morning, he was missing. Authorities found his remains more than a week after Tomlin reported the boy missing.

“This child was tortured,” Bell said, according to WAVY. “The type of injury this child suffered was the same as if a child had fallen several stories from a building so this injury was not only severe but just horrific.”

The autopsy report indicated that Noah’s liver and one of his severely bruised legs were the only things recognizable after investigators scoured through millions of pounds of trash at the steam plant.

An anthropologist had to help with the autopsy, officials said, because of the advanced decomposition.

The anthropologist successfully reconstructed the toddler’s skeleton, which helped the medical examiner determine previous injuries. Noah’s jaw had been broken. He had three healing rib fractures and additional fractures that stopped his bones from growing.

“I’ve seen some very graphic things,” Bell said. “Nothing really kind of grabs you like seeing a child or toddler as a victim of a crime…His abuse was of such a nature, literally, his bones stopped growing.”

For now, Julia Tomlin is the only person charged in connection with the death. Bell said someone helped her dispose of the boy’s body, but at this point, they aren’t sure if the other person realized that they helped get rid of a body.

This isn’t the first time Tomlin has been charged with harming a child.

In 2010, Tomlin was arrested and charged with child neglect after her daughter, a 1-year-old at the time, was burned when Tomlin sat the toddler down on a scorching hot kitchen stove. Tomlin didn’t take the little girl to the hospital until days later.

Tomlin reportedly told authorities she didn’t realize the stove was on and that the incident was accidental. She spent five months behind bars after pleading guilty to the felony charge.

According to court documents, Tomlin had five children at the time of the 2010 incident. It’s still unclear how many children were in the home when Noah vanished, but CBS 3 reports that at least four other people lived in the home.

The identity of Noah’s father was unclear until recently. Bell said officials gave the man a DNA test to establish paternity, according to WYDaily.

“We’re just finding out who the biological father is,” Bell said. They used DNA to gather this information.

Tomlin is facing charges of murder and unlawful disposal of a deceased person. She remains behind bars without bail at the Hampton City Jail.