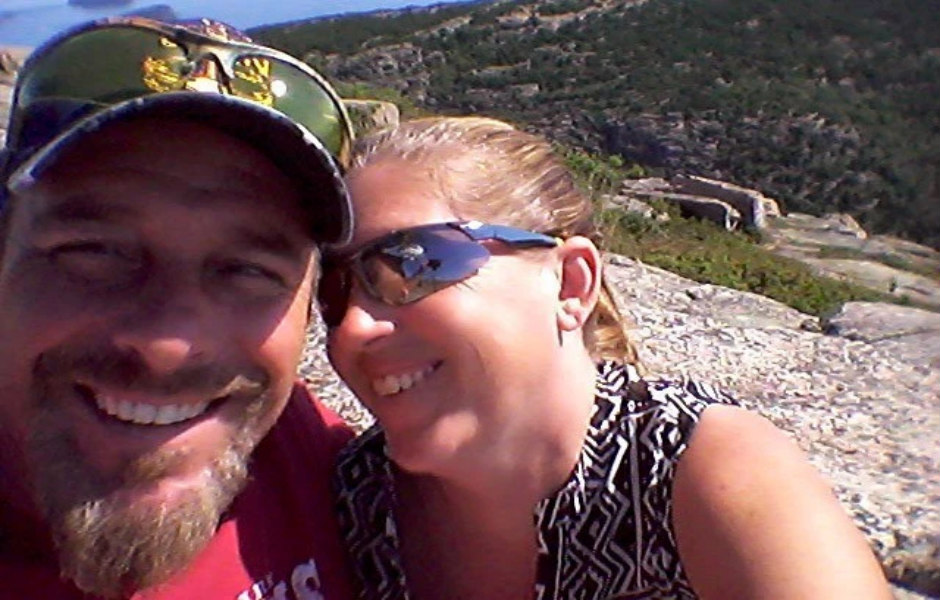 Two suspects arrested in connection with a New Hampshire couple found dead at a South Texas beach are behind bars on a $1 million bond each.

Adam Curtis Williams and Amanda Noverr appeared in court on Friday morning, in front Nueces County District Judge Jack Pulcher in Corpus Christi. Both have been charged with felony theft in connection with a stolen truck that belonged to James Butler, 48, and his wife, Michelle Butler, 46.

On October 27, authorities found the Butler couple deceased and buried in a shallow grave at Padre Island beach, between Mile Markers 263 and 264, in an area known as “the bowl.” James was reportedly found buried underneath his wife.

The Butlers’ truck, a 2018 Silver Chevrolet 2500 pickup truck, and their white Cedar Creek RV was missing. Three cats that traveled with the couple also disappeared.

A week prior, on October 21, security footage captured the Butlers’ truck and RV crossing over the Mexico border. Police identified Williams as the driver of the truck. A female passenger in the truck was identified as Noverr.

Mexican authorities captured both suspects in Jalisco, Mexico, on November 6. They were transferred to the Kleberg County jail. Noverr’s child was traveling with the pair. Police transported the child back to the U.S. It’s unclear who currently has custody.

At this time, no one has been charged with the Butlers’ deaths.

Williams’ lawyer, Mark W. Stolley, indicated on Friday that he wanted a gag order from law enforcement and prosecutors involved with the case. The attorney also said he did not want any media cameras in the courtroom, given that the case is “high-profile.”

“I do have a motion for a gag order to limit parties from speaking to the press among other people including law enforcement,” Stolley told the judge. “Your honor we do also object to the cameras being in the courtroom based on the sixth amendment right to a fair trial.”

Judge Pulcher has not made a ruling on the requests.

According to The New Hampshire Union-Leader, James and Michelle were living out their dreams of traveling across the country. They had been traveling since last Summer, taking on temporary odd jobs along the way.

The couple planned to travel to Fort Lauderdale, Florida, but stopped by Corpus Christi and decided to stay for a while.

James’ sister, Deborah Lynn van Loon, said that the couple found a free place to park their RV at Padre Island when tragedy struck. The pair had been there a little over two weeks when they suddenly stopped contacting their family.

This was unusual, according to van Loon, who said James and Michelle typically made contact with family daily, often telling them about their adventures.

James was retired after serving 21 years in the U.S. Navy. He shared the love of traveling with his wife.

“He said, ‘I’ve traveled the world with the Navy, but I’ve never seen my own country,’” van Loon said.

Williams’ bond is set at $1 million. Kirkpatrick confirmed that Noverr’s bond would be “echoed” by Williams’ bond, but it’s unclear what she’s been charged with. Police previously said Noverr was wanted for questioning only.

Michelle Butler’s cousin, Josie Wright, told CrimeOnline that the family is hoping to hear the manner of death soon. So far, authorities have not released any details on how the couple died.