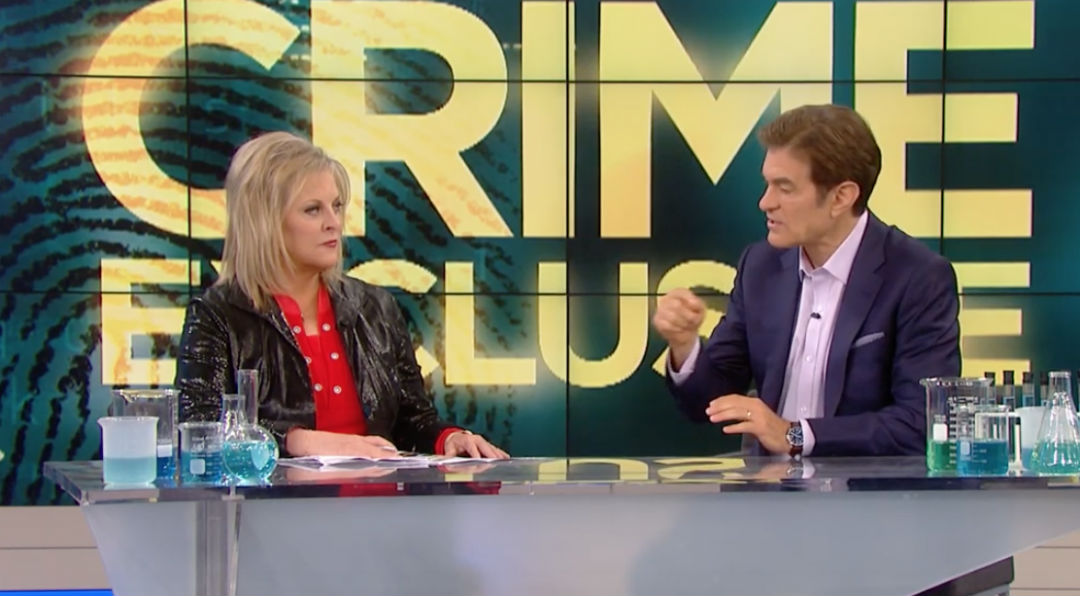 SEE IT: Nancy Grace demands justice for Jeffrey Epstein victims after jailhouse suicide: ‘This is when you’ve got to bear down’ [VIDEO]

CrimeOnline’s own Nancy Grace will appear on the “Dr. Oz” show Thursday to talk about the Jeffrey Epstein sex trafficking case.

Epstein, 66, was awaiting trial on federal charges of sex trafficking of minors when he reportedly took his own life in his jail cell on August 9. Since then, much of the focus on the case has been concerned Epstein’s contested suicide–his lawyers have challenged the medical examiner’s ruling, and an independent pathologist who witnesses the autopsy has said Epstein’s injuries were more consistent with homicide than suicide.

Meanwhile, dozens of Epstein’s alleged victims are still awaiting justice, and his friend Ghislaine Maxwell, who has been named in multiple lawsuits as Epstein’s primary recruiter of underage girls, has not been apprehended or charged with any crimes.

On Thursday’s episode, Dr. Oz asks Nancy about the lack of attention on Epstein’s crimes, and his victims.

“So after the shock of Jeffrey Epstein’s death, a lot of attention started to dissipate from this case,” Dr. Oz said.

“But you argue that’s a bad, bad move that we should be focusing on this. Why pay attention?”

You know, I’m in shock because the very first child prostitution sex ring that I prosecuted, by the way, I got a mistrial and opening statements because of what I was arguing,” Nancy said.

“Long story short, I went after everybody and that was just me, a single prosecutor out beating the streets, trying to find witnesses.

I don’t get it. What about Ghislaine Maxwell? I haven’t forgotten her. She is a pimp. It seems as if once he died behind bars, it all went away. No, this is when you’ve got a bear down. You’ve got to double down and get justice.”