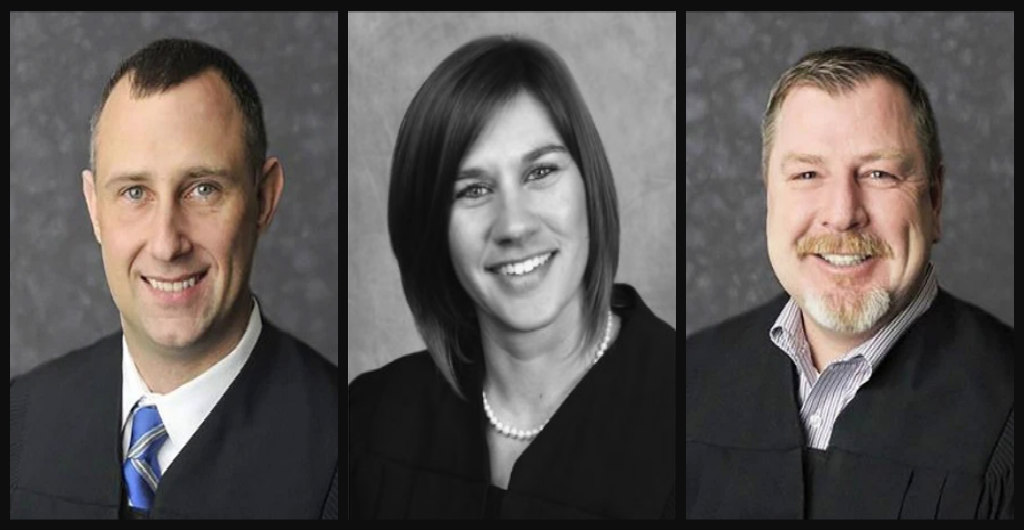 THREE prominent judges try to get into strip club, fail, then end up in a violent brawl in a White Castle parking lot: Court Docs

Three drunk Indiana judges were suspended after a White Castle fight in May, according to court documents released this week.

The Indiana Supreme Court claimed that Andrew Adams, Bradley Jacobs, and Sabrina Bell “engaged in judicial misconduct by appearing in public in an intoxicated state and behaving in an injudicious manner and by becoming involved in a verbal altercation.”

The incident apparently started after the three judges started drinking the night before a judicial conference, then walked “heavily intoxicated” through downtown Indianapolis. They attempted to go to a strip club at 3 a.m. but failed, so they went to White Castle instead.

While in the parking lot of the restaurant, Bell threw her middle finger up at an SUV driving by, NPR reports, after men inside the vehicle shouted something at the judges.

“Neither Judge Adams nor Judge Jacobs discouraged the provocation or removed themselves from the situation,” court documents said.

Two men in the SUV, identified as Alfredo Vazquez and Brandon Kaiser, reportedly got out of their vehicle and confronted the drunk judges. The men and the judges began hurling insults back and forth. A fight then broke out between the four men.

It ended when Kaiser reportedly pulled out a gun and shot both Adams and Jacobs. Both were seriously injured but survived.

Bell, who pounded on the doors of White Castle when gunshots erupted, later told police she felt like the incident was entirely her fault. The Indiana Supreme Court, however, blamed them all.

Jacobs and Bell were suspended without pay for 30 days. Adams was charged with misdemeanor battery for kicking Kaiser in the back. He was suspended for 60 days without pay. He also served two days in jail.

Meanwhile, Kaiser was arrested and charged with felony aggravated battery. Vasquez was charged with misdemeanor battery and probation violation on unrelated charges.