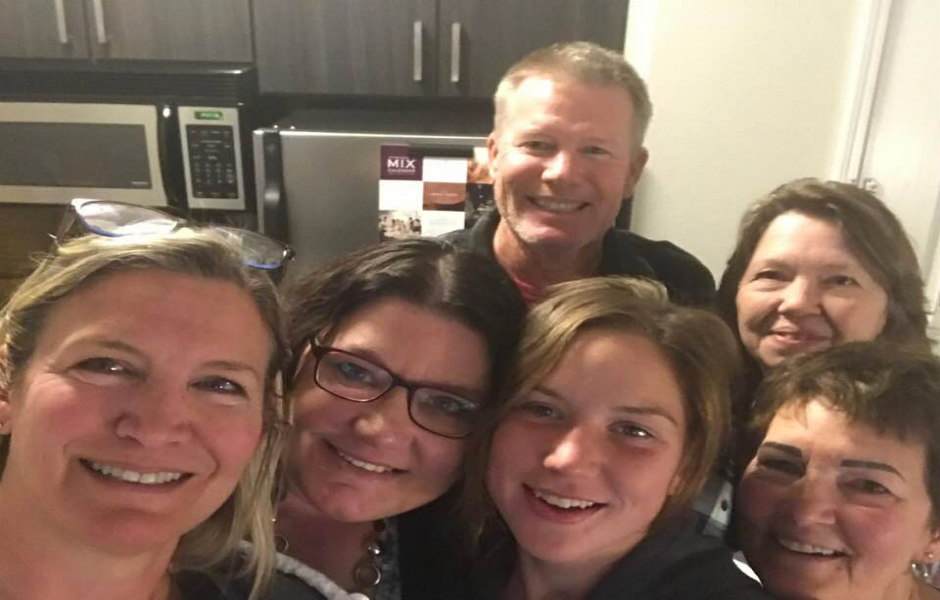 Mom finds missing daughter over 500 miles away, after spotting her freezing & homeless on a news station

A North Dakota mom had been looking for her missing daughter for months when a family member spotted the missing woman on a featured news spot.

North Dakota’s NBC11 reports that Alice Crawford’s (pictured second from right) family had no idea what happened to her. Two months ago, she reportedly disappeared from Dickinson, North Dakota, without a trace.

Crawford’s mother, Jill Rosenow (pictured second from left), said she had no idea her daughter was over 500 miles away. Since Alice was an adult and told her mother she planned on leaving, there was nothing police could do to bring her back.

Crawford somehow made her way to Denver after leaving home. A family member spotted Crawford on TV participating in an interview about homelessness with Denver’s 9News reporter, Marc Sallinger.

“This is death weather. If you’re not prepared for this, you’re going to die,” Alice Crawford told Sallinger during an October 29 interview. “I sleep behind the dumpster because you stay out of the wind and some of the snow doesn’t fall on you.”

Family members gathered around Rosenow and came up with a plan to find Crawford. Rosenow said she purchased a one-way ticket to Denver because she refused to go home without her daughter, and was determined to stay there as long as it took. Family members from other states arrived in Denver to help.

“I wasn’t leaving until I found my daughter,” she said, according to The Dickinson Press. “For days, my family and I scoured the streets, alleys and underpasses. We talked to hundreds of people and showed them Alice’s picture.”

It wasn’t an easy task to find Crawford, her mother said. When it seemed hopeless, however, the pair ran into each other at a train station. The family made a quick stop at the station so Rosenow’s stepsister could use the restroom. Inside one of the stalls, Rosenow heard what she thought was her daughter’s voice.

“My stepsister walked into the restroom and at the very end of the restroom in the last stall were feet. Then they heard what they thought was her voice. … They waited until finally Alice walked out,” Rosenow said. “When I arrived, Alice melted into my arms and we both cried and I hugged her and I just said I love you.”

Rosenow explained to The Dickinson Press that her daughter, addicted to drugs, fled home while attending rehab. After the reconciliation, according to Rosenow, Crawford is now ready to start treatment again.

Rosenow set her daughter up at a treatment facility in Washington state, near her grandmother. Rosenow explained treatment in a different state would help Crawford stay away from areas in her hometown that provided easy access to drugs.

“If it wasn’t for the reporter who wrote that article, I don’t know if she’d be alive. She was very sick,” Rosenow said. “It’s just so relieving to have her here. I try to be a mama bear and be tough … but once I knew that we had accomplished the mission, it was all waterworks.”