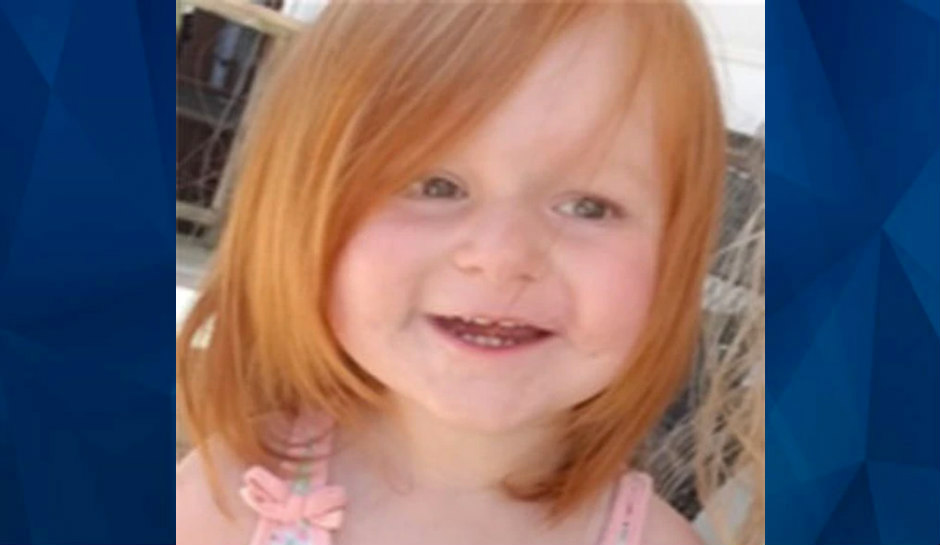 Most of Arabella Parker’s young life was covered with instability and abuse, according to court documents and reports.

As CrimeOnline previously reported, the family of 3-year-old Arabella took her off of life support earlier this week. She had been in critical condition for almost a month after her mother’s boyfriend, Jahrid Burgess, 19, allegedly stomped on her stomach, kicked her, and punched her, causing over 40 injuries.

The incident occurred at a home in Treverton, on October 10, according to police.

First responders rushed Arabella to the Geisinger Medical Center in Danville, where she remained on life support until Wednesday. Doctors said half of the girl’s brain had to be removed due to the severity of the beating.

Burgess is also accused of beating the child’s mother, identified as 23-year-old Samantha Delcamp. Later, authorities arrested Delcamp and charged her with felony child neglect, according to Penn Live. Authorities alleged that Delcamp did nothing to stop her boyfriend from abusing her child.

According to the Daily Item, many of the details surrounding the reported abuse is protected by the Northumberland County Children & Youth, due to state laws. However, court records included reports that dated back for most of Arabella’s life.

Since birth, Arabella has lived in at least four different homes. At some point, she lived with a convicted sex offender identified as 76-year-old Harry Young, the outlet reports. Young was convicted of sexually assaulting a male child in 1992.

When questioned about the child living with a sex offender, Northumberland County Children & Youth Director Katrina Gownley reportedly wouldn’t comment on the details but did say that they followed proper protocol.

“We would automatically go out and see,” Gownley said. “We follow all the rules and protocols we have in place.”

Arabella’s older half-sister, Amanda Parker, 20, contacted authorities after learning the toddler was living with the man. Parker said she heard that Delcamp, who moved into Young’s home with her daughter, would leave Arabella alone with him. Parker added that “no one would listen to me” after she made the report.

In November 2018, Areballa’s father, Karl Parker, had a car accident while drinking and driving, according to the outlet. Arabella was in the car with him at the time. Parker is now behind bars.

Burgess began dating Delcamp four months before the little girl died. Court records show his violence started at least a year prior, when he was arrested for smashing his ex-girlfriend’s head into a car dashboard. The woman was reportedly two months pregnant when the incident occurred.

The victim took out a restraining order against Burgess, which was still active when he began dating Delcamp. Delcamp claimed Burgess abused her and frightened her to the point that she didn’t contact authorities for help.

Initially, Burgess, Arabella, and Delcamp moved into a home with four other adults. Burgess told The Daily Item that he lived in the attic with Arabella and Delcamp.

Burgess allegedly made Delcamp and Arabella hide in the attic at one point, during one of the numerous visits by the police and social services. Afterward, the pair moved to their own apartment in Treverton.

Arabella’s grandmother, Bonnie Kahley, attempted to gain custody of the little girl, but the court denied the attempt after Kahley arrived late to a hearing. A month later, Burgess allegedly beat Arabella to death.

While Arabella was on life support, her aunt, Mandy Kegler, gained custody of her.

Burgess denied harming Anabella. He reportedly claimed that although he hit Delcamp, he never beat the little girl.

“Yes, I hit Samantha, but I did not do all of these things to Arabella.”

Burgess stated he left home for work on October 10, while Arabella stayed behind with Decamp. He said Decamp was frustrated when he left because she didn’t have any marijuana.

Burgess said he returned home that night and had steak sandwiches and cheeseburgers for dinner. He said Decamp got upset when Arabella refused to eat and in turn, picked the little girl up and threw her.

“She picked her (Arabella) up and threw her across the room where Arabella hit part of the couch and landed on the floor where she hit her head,” Burgess told the outlet.

Arabella began having a seizure, according to Burgess, who said he called his mother, Christy Willis, for help. Willis arrived at Burgess’ home and called 911.

Willis was eventually charged with failure to report the incident after it took almost an hour before first responders were alerted. She’s now behind bars on a $200,00 bond for giving police a false statement.

Decamp appeared on “The Steve Wilkos Show” and claimed she saw Burgess abuse her daughter several times prior to the latest incident. Decamp said she was terrified of Burgess, which prevented her from seeking help.

“My daughter and I both wouldn’t be alive,” Decamp told Wilkos, explaining why she didn’t contact authorities and report Burgess.

“She could have left at any time,” Burgess told The Daily Item. “I hit her a few times, yes, but I did not do all of these things she is saying.”

Police charged Burgess with felony aggravated assault and strangulation. He remains behind bars and says he fears for his safety in jail because of the nature of his charges.

Authorities will likely upgrade Burgess’ charges. Check back for updates.