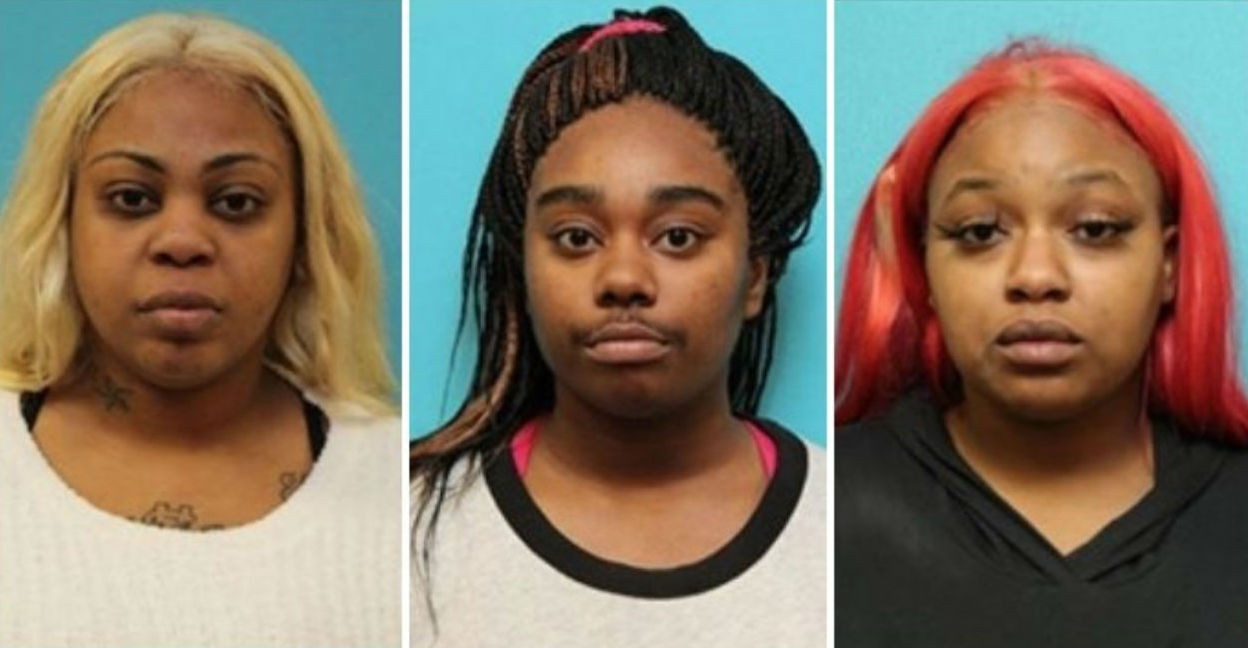 A trio of suspected burglars who allegedly went on a robbery spree had a 2-year-old child in the car with them as they tried to evade police.

KTVT reports that Dallas police responded to calls of thefts at Melrose Family Fashions and a Dollar General store. Officers were able to identify the suspects’ vehicle, and learned while taking a report that the group had a small child with them.

Police pursued the vehicle and attempted to pull it over, but the suspects allegedly evaded the police car and continued to flee. A helicopter from the Texas Department of Public Safety joined in the search, and tracked the vehicle, noting that it had stopped at the 1600 block of Pine Street in Dallas. Officers in the vehicle drove to the scene, and one of the suspects attempted to flee on foot, but was eventually apprehended.

Police also found a 2-year-old child, who was unharmed, in the vehicle.

Timmiesha Jennings and Destiny Palmer, both 21, were arrested along with 26-year-old Sharnae Harris.

Authorities are reportedly looking for relatives to care for the child, and will place the child in CPS custody if a family member does not take temporary custody.

The suspects have been charged with engaging in an organized crime, evading arrest, and child endangerment.