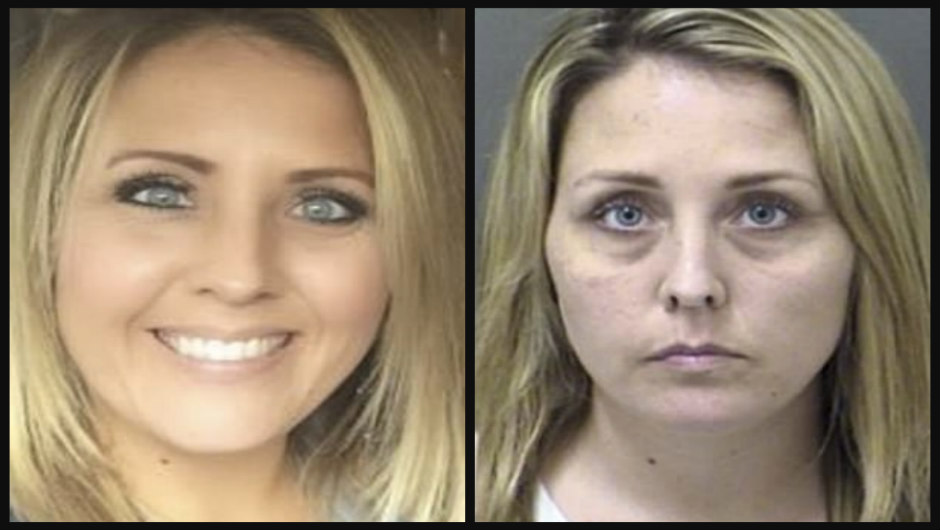 ‘I can’t remember anything’: NO jail time for married teacher who sent naked pics to students before having sex with them

A married Texas teacher with two children of her own managed to escape prison time after plying two boys with alcohol and having sex with them.

KXII reports that 33-year-old Lynn Burge took a plea deal earlier this week, which kept from serving a lengthy sentence behind bars. A judge sentenced Burge to probation and told her to surrender her teaching license after she pleaded guilty to two counts of having an improper relationship between a teacher and student.

A previous charge of online solicitation has been dropped. She also doesn’t have to register as a sex offender. Had she been convicted of all charges, Burge could have ended up serving up to a 50-year prison sentence.

According to court documents, Burge, who was a teacher at Muenster High School, used Snapchat to exchange messages with a 16-year-old male student in 2017. After sending him nude photos, the pair ended up having sex after she supplied him with alcohol and took him “backroading.”

In 2018, she did the same thing with an 18-year-old boy. Although the student wasn’t a minor, her actions were illegal because the teen was a student at the time.

Police began investigating after someone made an anonymous call to the Texas Department of Family and Protective Services concerning Burge and the 16-year-old, according to the Gainesville Daily Register. When investigators questioned the 16-year-old, he admitted Burge gave him oral sex before they had sex in the kitchen at her home.

The boy he said later fell asleep in her children’s bedroom. Burge woke him up and asked him to get in bed with her. The teen said that Burge’s children were not home at the time.

The investigation then led to the 18-year-old, who said he had unprotected sex with Burge at her sister’s home after they, too, drank alcohol and went “backroading together.” The teen said he also exchanged messages with her on Snapchat after she reached out to him.

Burge admitted to having sex with the 18-year-old but claimed she was so drunk she couldn’t remember if she had sex with the younger student.

“I don’t know. I didn’t think I did because my clothes were on,” Burge told investigators when questioned about the younger student. “Usually if that happens your clothes aren’t on. I don’t know, I don’t know, I can’t remember anything.”

Burge’s defense attorney said the woman has been up-front and honest since the beginning of the investigation.

“Alcohol was in issue in this case. While it was an issue, it was not an excuse. Lynn has not had a drop of alcohol since she was accused. She is committed to AA and has been to a counselor on a regular basis.”

Cooke County District Attorney John Warren released a statement indicating that the prosecution consulted with the students’ families prior to the plea.

“After consulting with the families of the victims and receiving their input, we believe that this is a just and appropriate plea. The victims, in this case, will now be able to begin to put this behind them and move on with their lives.”

For the latest true crime and justice news, subscribe to the ‘Crime Stories with Nancy Grace’ podcast. Here is a related video.