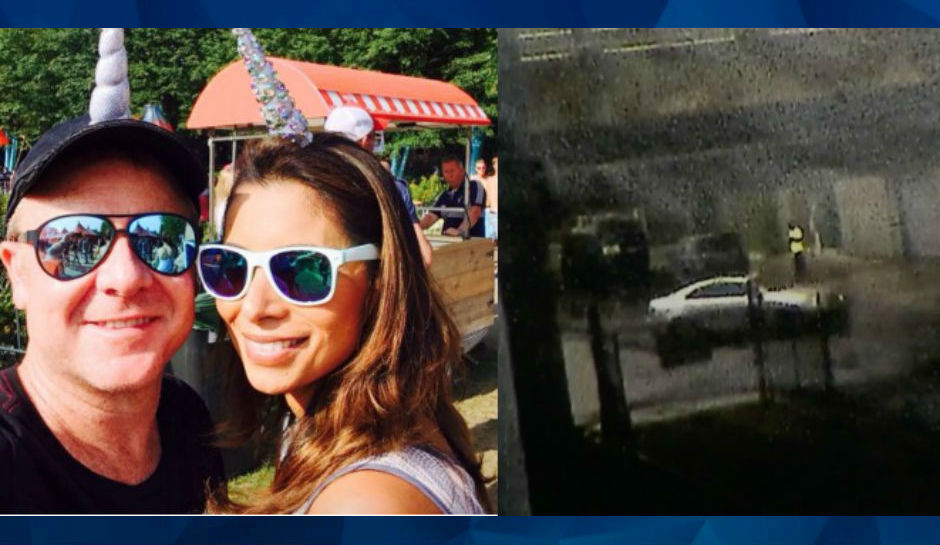 The suspect on trial for the murders of engaged doctors in South Boston was allegedly seen lurking outside the luxury building on the day of the double homicide.

WHDH reports that jurors at the trial for Bampumim Teixeira, accused of murdering r. Lina Bolanos and Dr. Richard Field, saw surveillance footage taken from the apartment building where the couple was killed on May 5, 2017. A concierge who says he saw a man attempt to enter the building that day also testified about his possible sighting of the suspect.

Corey Raji, the concierge on duty on the day of the murders, reportedly testified that he saw a man around the building twice that day: First at around 2:40 p.m., when a man approached the front door of the building to find that it was locked. Raji reportedly said that he went to the door to see if he could offer the man any assistance, but that the man had already turned and walked away. Surveillance images shown in the courtroom show Rahi going to the door of the building, but the man he described cannot be seen in the same video. However, the man appears to be visible in surveillance images shared by WHDH, which appears to be taken from the front door of the building, presumably around the same time the concierge referred to in court.

Raji reportedly said he later saw the same man a second time, as Raji was moving his car at the back of the building. A surveillance image from that location and time appears to show a man wearing a bright yellow shirt, matching the description of a garment taken from the scene. The killer allegedly waited at the apartment and ambushed Bolanos, who arrived home first, and then Field. Both victims reportedly attempted to call 911 during the attack, but the calls were ended because the 911 operator could not decipher what the callers were trying to say.

As CrimeOnline previously reported, Field eventually texted a friend for help, saying there was a “Gun man” in his home, adding the word “Serious.” Both of the victims were fatally stabbed in the neck. As the Boston Herald reported, investigators confiscated a BB gun from the scene. Responding officers who were alerted about the text messages reportedly believed the suspect was armed with a gun when they arrived to the scene, and shot at him.

As CNN reports, responding police took Teixeira into custody in the hallway outside the apartment, where he allegedly told them they were dead bodied inside–and threatened police.

“Then he said, ‘you guys are going to die.’ Then he said, ‘they killed my wife.’ Then he mentioned something and I heard the word ‘sniper,”’ Boston police detective Sean Wallace testified in court on Monday, according to the report.

Teixeira was admitted to a hospital where he was treated for injuries resulting from the police-involved shooting.

The defendant has pleaded not guilty.