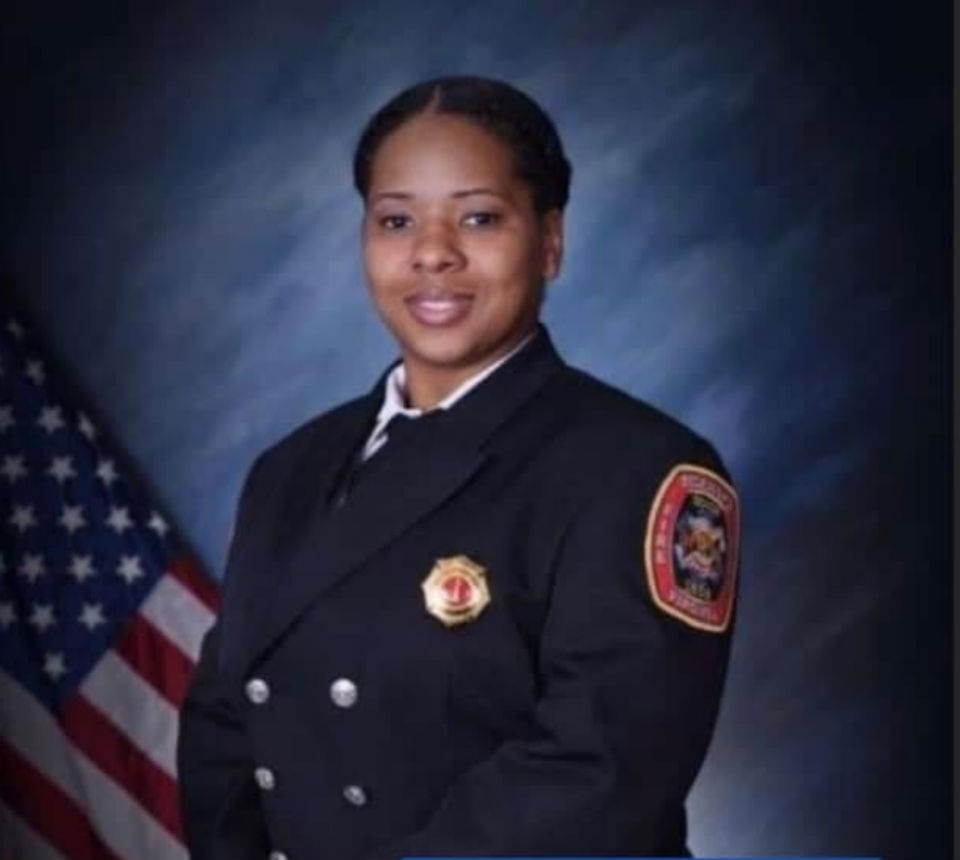 A Virginia firefighter and mother of three died on Thanksgiving night as she was shielding her 5-year-old son from a hail of bullets.

As WWBT reports, Richmond Fire Lt. Ashley Berry died of her injuries after she was shot last Thursday night at 11:39 p.m. as she was standing on Sunnyside Avenue in Hopewell with her son. Police told the Richmond Times-Dispatch that Lt. Berry, 33, was not the intended target of the shooting. She was leaving a Thanksgiving celebration at the home of her boyfriend’s family members when she was hit by bullets fired from a shooter or shooters who were reportedly targeting a neighboring residence.

“We believe she was shielding her child” from the gunfire, Hopewell Police Chief Kamran Afzal told the Richmond Times-Dispatch.

Lt. Berry’s father Waverly Berry spoke of his daughter’s heroic final act at a news conference this week, and shared a heartbreaking anecdote about being with his grandson in the emergency room after Lt. Berry was shot.

“The bad people shot mommy,” the little boy reportedly said to his grandfather in the hospital that night, and tried to get his mother to look at him, but she was unresponsive.

“Your mother’s last act of love for you was to push you down,” Waverly Berry said he told his grandson.

“That was for a reason- to save you… It could have been two people shot.”

Lt. Berry had been a member of the Richmond Fire Department since 2011, and was promoted to the Fire Marshall Department this year, the RFD said in a Facebook post announcing her tragic death.

In addition to the son Lt. Berry was protecting, she leaves behind two more children.

Authorities have not yet apprehended any suspects in the fatal shooting. WWBT reports that the Bureau of Alcohol, Tobacco, Firearms and Explosives is offering a $5,000 reward for information leading to an arrest.

According to the report, an SUV that is either gold or silver was seen speeding away from the scene of the shooting. Authorities have not released any more details at this time, and are asking the public for help.

Anyone with information about the shooting of Lt. Berry is asked to contact Lead Detective Mark Polumbo of the Hopewell Criminal Investigations Unit at (804) 541-2284.