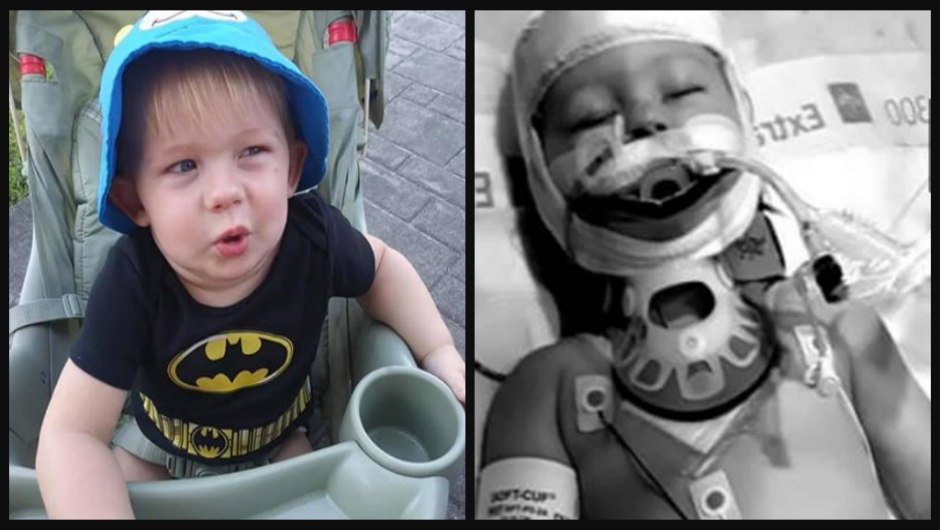 A Kentucky woman is behind bars after police say she drove her two children over a low bridge and into a flooded creek.

NBC40 reports that authorities arrested Alexandra Richardson, 28, and charged her with murder, wanton endangerment and operating a motor vehicle under the influence of drugs.

According to the arrest warrant, Richardson plunged her car into a flooded creek off of Oak Hill Road in Edmonson County on Monday. Investigators determined that the Richardson drove around a “road closed” sign before she crashed.

A search and rescue crew found the woman’s toddler, identified as 2-year-old Carson McCullough, stranded in the water. Richardson and her oldest child, a 7-year-old, made it safely out beforehand.

First responders rushed the toddler to Monroe Carell Jr. Children’s Hospital at Vanderbilt in Nashville, but he subsequently passed away the following day.

Richardson and the 7-year-old boy were treated and released from a local hospital on Monday.

Richardson told authorities that she removed Carson from his car seat and attempted to swim with him, but the current swept him out of her arms.

During an interview with Edmonson County Sheriff Shane Doyle and Sgt. Wally Ritter, Richardson allegedly admitted she used both meth and marijuana on the day of the crash. Hospital records confirmed she had both drugs in her system, police said.

“The night after the collision myself and Sheriff Doyle went to the hospital and spoke with her. She made admissions to using methamphetamine and marijuana. We used that information to request a search warrant for her medical records and get copies of her blood results, her blood tests, which showed positive for marijuana and methamphetamine,” Edmondson County Sheriff’s Office said.

Richardson reportedly told investigators that she didn’t notice any road signs before she crashed. She later revealed that she had previously driven across the flooded bridge on many occasions and didn’t feel it was that deep, according to police.

Police tacked on additional charges for Richardson, including possession of a controlled substance, buying/possessing drug paraphernalia, and marijuana possession.