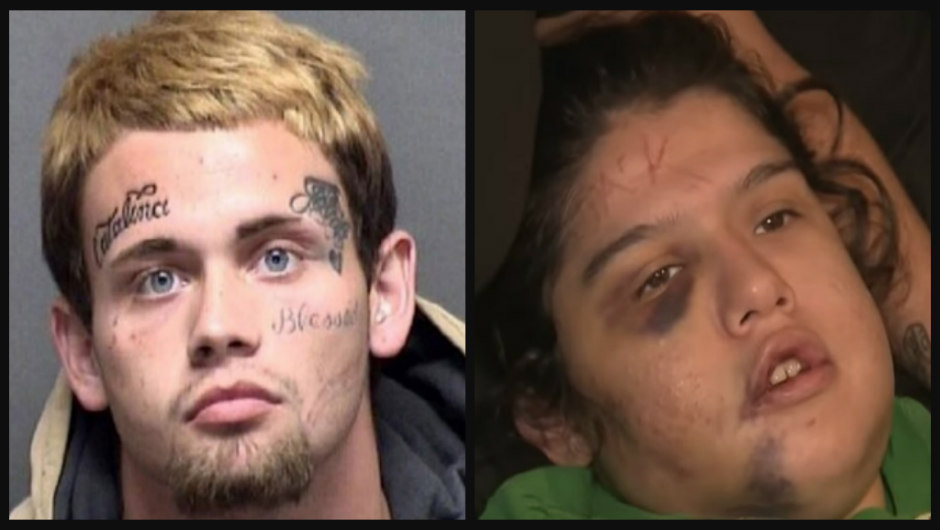 A Texas man is behind bars after a brutal assault left his girlfriend with numerous injuries and his name carved on her forehead.

KSAT 12 reports that Jackub Jackson Hildreth, 19, is facing felony aggravated assault charges after he allegedly beat 22-year-old Catalina Mireles on Thursday. The victim stayed in the hospital for days, with her jaw broken in three places.

According to police, Hildreth grabbed Mireles by the neck inside a Northwest San Antonio apartment while the pair argued about their relationship. The victim told authorities that Hildreth then punched her in the face 10 times before carving his name in her forehead with a knife.

The fight reportedly began Thursday morning and lasted until the afternoon before the suspect fled the scene.

According to the Houston Chronicle, Hildreth has a violent history, and had warrants out for his arrest for charges of burglary and family violence-strangulation.

Mireles is now at home while healing from her injuries. She said she met the suspect on Facebook and had only been dating him for three weeks when the incident happened.

The story is developing. Check back for details.