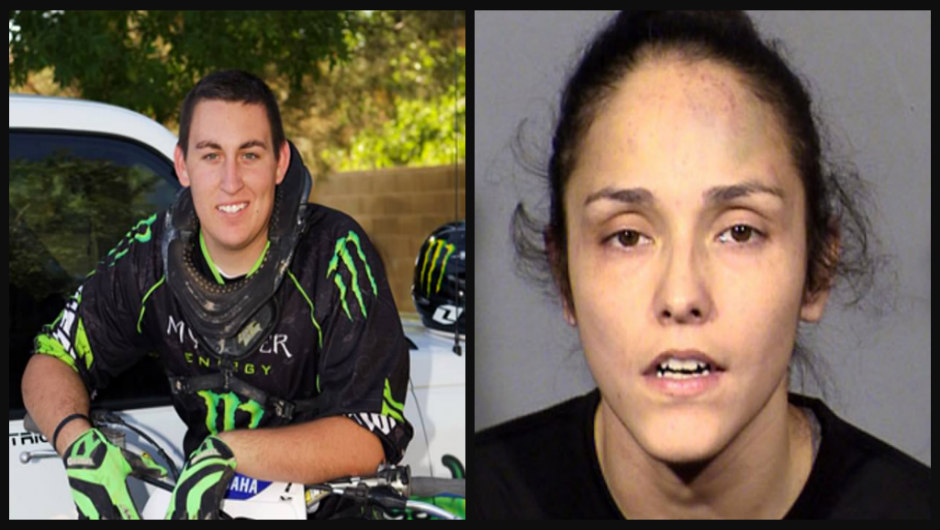 A Nevada woman is behind bars after police say she killed her ex’s new boyfriend after finding them in bed together on early Saturday morning.

Reno Gazette-Journal reports that authorities arrested 29-year-old Grissel Gonzaga and charged her with murder in connection with the death of Travis Smith. According to an arrest warrant, Smith was the new boyfriend of Gonzaga’s ex-girlfriend, Alexa Incadella.

Incadella reportedly told police that Gonzaga broke into her home off of Pine River Lane, in the Silverado Ranch community, by forcing her way inside through a sliding glass door. When Gonzaga caught Incadella in bed with Smith, she attacked them both. Incadella reportedly said that her ex stabbed her with a knife and punched her in the face.

According to the Las Vegas Review-Journal, Gonzaga stabbed Smith with a pair of tweezers, choked him until he passed out, then stomped on his head. Incandella managed to contact 911 and reported that Smith had stopped responding.

Smith subsequently passed away Saturday at the St. Rose Dominican Hospital in Henderson. Incandella was treated for her injuries and is expected to survive.

According to police, the suspect and Incandella had broken up a few months prior to the attack.

Police arrested Gonzaga and charged her with murder, burglary, and domestic battery, according to online court records. She’s being at the Clark County Detention Center without bail.