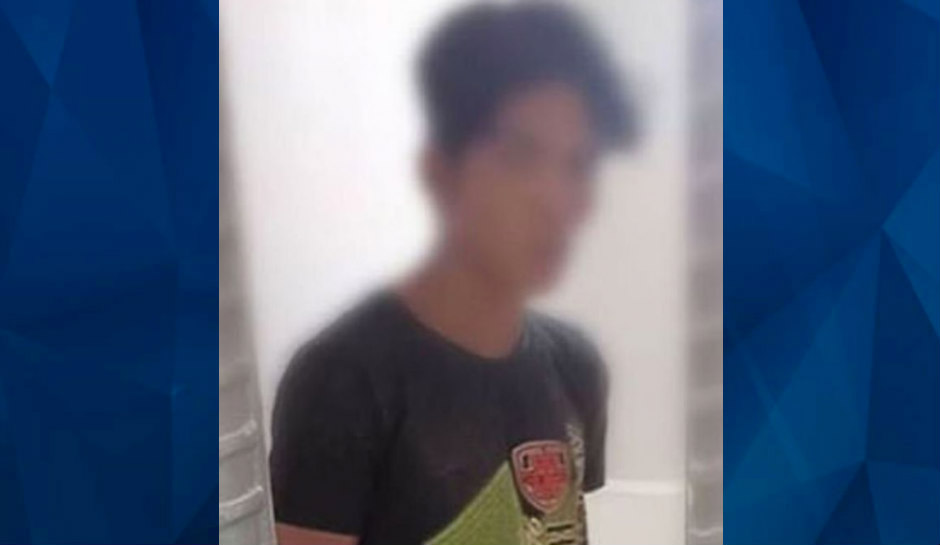 An alleged cannibal killed a random stranger earlier this month, then decapitated her and ate her brains, according to authorities.

The Strait Times reports that the incident happened in the Philippines on December 5, in Talisayan, Misamis Oriental. According to police, Lloyd Bagtong, 21, said he was “hungry and tired” when a woman who spoke English allegedly tried to talk to him.

The suspect reportedly admitted that he killed the woman, then, while using a scythe, decapitated her and brought her head home with him. Bagtong allegedly said he put the woman’s brains on top of rice he cooked, then dumped the skull in a nearby hole.

“The suspect said he killed the victim because she was speaking in English. This probably irritated him,” Talisayan police chief, Captain Maribeth Ramoga said.

Authorities found the rest of the woman’s body around 4 miles away from Bagtong’s Barangay Punta. Her hands had been tied and she had no shirt on. Witnesses told police that they saw the suspect and the victim walking together down a road prior to the killing.

According to the World of Asia, Bagtong was arrested and charged with murder. While on the way to a mental health facility for an evaluation, he was allegedly shot and killed by police officers. Authorities shot him after he tried to grab one of the officer’s guns.

Meanwhile, according to Capt. Ramoga, the victim has not yet been identified. Last week, Romoga anyone who has a missing loved one to contact the Gomez Funeral Homes in Talisayan, where the body is being held.