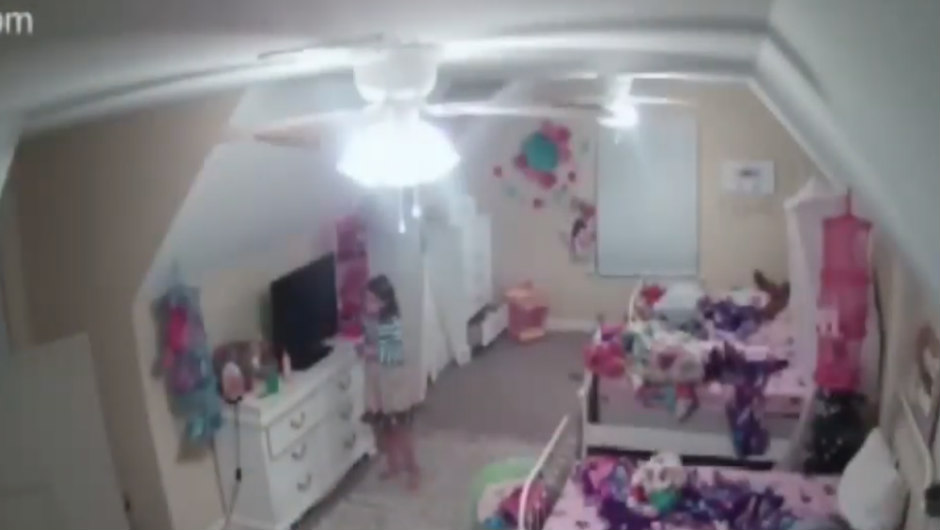 A Mississippi mother says someone hacked into her Ring camera and spied on her young daughter. She’s now warning other parents about the dangers of the security camera.

Ashley LeMay said that whoever hacked into her Ring system could not only watch her young daughter in her bedroom but also talked to the girl. As a night shift nurse, LeMay said she wasn’t home at night to watch them. She installed the security camera to look over them from work.

“They could watch them sleeping, changing, they could have watched a lot of things,” Ashley LeMay said. “Honestly my gut it makes me either feel like somebody who knows us or somebody who is very close by.”

LeMay’s 8-year-old daughter Melissa reportedly said she started hearing strange noises in her room, followed by the song, “Tiptoe Through the Tulips.” When the little girl asked who was there, a strange man’s voice replied.

WMC5 reports that the voice told the little girl again they were Santa Claus. She screamed for her parents, who immediately ran to her, then later disconnected the Ring camera.

“First, what happened I was in the hallway I thought it was my sister because I hear music. It’s like ‘tiptoe through the window.’ So I come upstairs and I hear some banging noise and I am like ‘who is that’,” LeMay explained.

“I watched the video and I mean my heart just like… I didn’t even get to the end where she is screaming ‘mommy, mommy’ before I like ran inside.”

LeMay said she did a lot of research before purchasing the Ring camera, but admitted she never set up two-factor authentication for added security. WMC5 reached out to the company, who said safety was their first priority.

“Customer trust is important to us and we take the security of our devices seriously. While we are still investigating this issue and are taking appropriate steps to protect our devices based on our investigation, we are able to confirm this incident is in no way related to a breach or compromise of Ring’s security.

Due to the fact that customers often use the same username and password for their various accounts and subscriptions, bad actors often re-use credentials stolen or leaked from one service on other services. As a precaution, we highly and openly encourage all Ring users to enable two-factor authentication on their Ring account, add Shared Users (instead of sharing login credentials), use strong passwords, and regularly change their passwords.”

The hacker also said racial slurs and encouraged the little girl to mess up her room and break her television set, according to the Washington Post.

“Who is that?” Melissa asked.

Meanwhile, other Ring camera customers have made similar complaints. Numerous people across the country said that hackers have found a way to get into their system.

In an unrelated incident, one hacker told 28-year-old Tania Amador and her boyfriend to pay a bitcoin ransom or be “terminated.” The voice then said they were inside the house.

“I was asleep and our Ring alarm was going off like an intruder had entered our home,” Amador told ABC 8. “Then we heard a voice coming from our camera.”

In Florida, another hacker made racist remarks to an interracial couple inside their home.

In response, Ring said that a third-party data breach somehow got the customers’ emails and passwords, which were used to access the cameras.

“Due to the fact that customers often use the same username and password for their various accounts and subscriptions, bad actors often re-use credentials stolen or leaked from one service on other services.”

Ring urged all users to set up a two-factor authentication account, which will send a passphrase to their cellphones before allowing access.