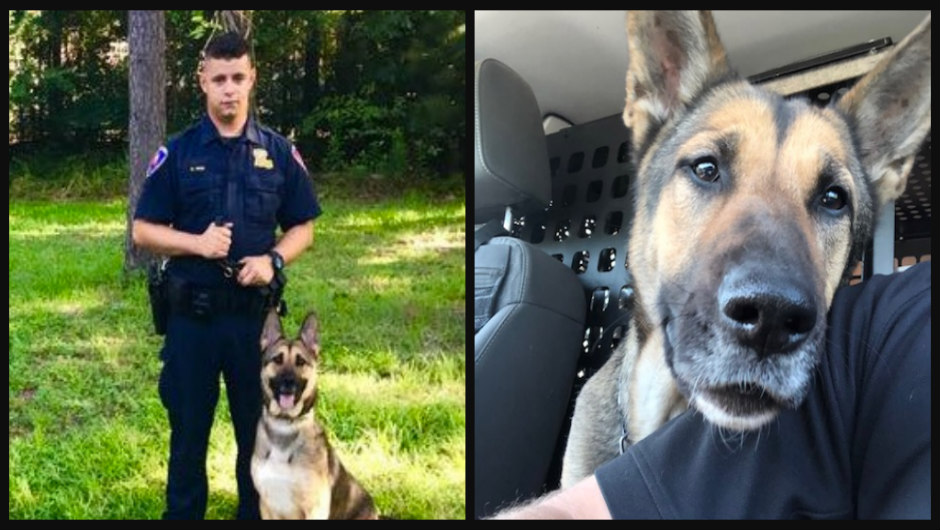 A former Louisiana deputy was arrested earlier this month after a K9 passed away from malnourishment, according to officials.

The Advocate reports that 28-year-old Robert Fain, a former deputy with the State Fire Marshal’s Office, is facing animal cruelty charges in connection with the death of German Shepperd, Mailly, who passed away in October.

While under Fain’s care, Mailly lost half of her body weight, according to police, and died due to “extreme emaciation and dehydration.” A veterinarian reportedly claimed that there was no reason Mailly shouldn’t have been euthanized earlier unless someone had intentionally abused her.

Fain was assigned to Mailly in July 2017 and participated in six weeks of K9 training in Alabama. During the training, Fain was taught how to take care of the dog, including proper procedures for feeding.

Fain allegedly claimed the dog had been ill for a while, then later “claimed faulty hours and expenses related to working with the dog,” according to the State Fire Marshal’s Office. Subsequently, he’s also facing fraud, theft, and injuring public records.

“A separate investigation was already underway into Fain at the time of Maily’s death,” the State Marshal’s Office said. “In August, a supervisor’s regular review of Fain’s fire investigation case files revealed inconsistencies. It was later learned Fain had taken steps to cover up incomplete investigative work on one of his fire cases which included fabricating reports involving K-9 Maily.”

The State Fire Marshal’s Office is now reviewing its K-9 program and hopes to take steps to prevent any mistreatment of the dogs.

“As a dog owner and former K-9 handler myself, these findings make me sick,” State Fire Marshal Butch Browning said. “We consider all of our K-9 officers part of our law enforcement family and treatment of these animals as anything less is unacceptable. Outright neglect and abuse like this will not be tolerated or excused.