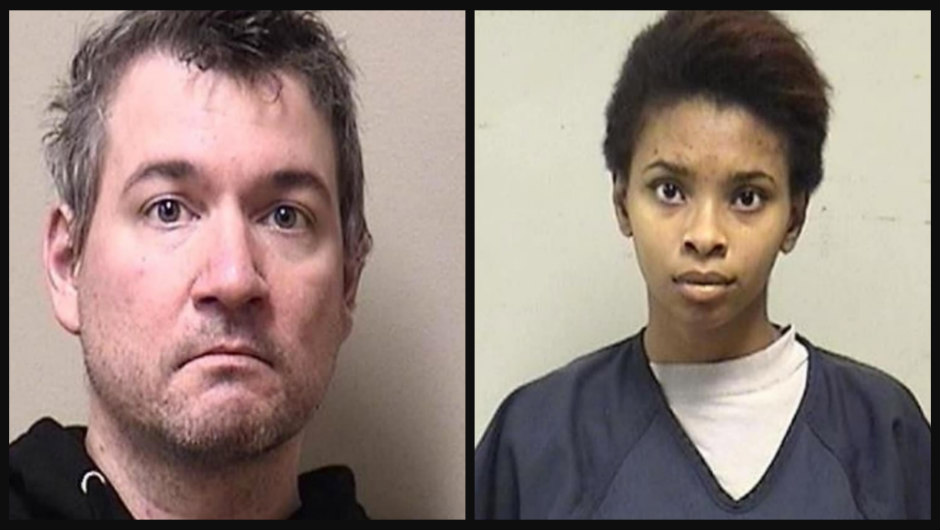 Teen girl faces life in prison for killing a man she says raped her, forced her into sex trafficking: Report

A Wisconsin teen is facing life behind bars after a judge told her that sex trafficking is not a reason to kill someone.

Washington Post reports that Chrystul Kizer, now 19, was a 16-year-old when she met Randy Volar, 33. According to police, Volar sexually abused numerous young girls without their consent while filming them. In February 2018, Kizer allegedly shot Volar twice in the head then set his body on fire.

Kizer said she didn’t plan to kill Volar, but she also didn’t want to have sex with him anymore. Volar insisted, she claimed. District Attorney Michael Graveley charged the teen with first-degree intentional homicide and argued that she planned out Volar’s murder in advance.

Kizer’s defense team applied an “affirmative defense,” a law that states sex trafficking victims should be acquitted of certain charges if they prove a crime was committed because they were being trafficked. On December 9, a Kenosha County Judge David Wilk ruled that Kizer’s case didn’t meet the requirements for an affirmative defense.

“The court,” Wilk said, according to Refinery 29, “is satisfied that a blanket affirmative defense to all acts leads to an absurd result.”

Kizer met Volar in 2016 after a friend convinced her to find someone new. Kizer reportedly said she was in an abusive relationship with a boyfriend at the time, identified as 20-year-old Delane Nelson.

The friend reportedly told Kizer about Volar, and Kizer subsequently reached out to him through Backpage.com, a website now shut down for advertising paid sex hookups.

Initially, Volar was extremely nice, often complimenting the teen’s looks, buying her gifts, and taking her on dates. On the first day they met, he paid the teen $250 for sex. As they continued to see each other, Volar pushed Kizer her into having sex with others for money, often pimping her out to men on Backpage.com.

“He told me to get the money first and then to text him once I was finished,” she said.

During the times they had sex, Volar filmed Kizer, court documents state.

When Volar allegedly became more demanding and insisted on specific sex acts that made her feel uncomfortable, Kizer tried to pull away from him.

“I told him that I never wanted to do that,” Kizer said. “He said that I had to owe him that.”

Kizer then got back together with Nelson, hoping to distance herself from Volar, according to the Washington Post. She started living with Nelson, but at some point, Volar threatened to kill her. She started seeing Volar again and eventually agreed to start having sex for money again.

“Because he was a grown-up, and I wasn’t,” Kizer said, explaining why she went along with what Volar wanted. “So I listened.”

Four months before his death, police arrested Volar on charges of child enticement, using a computer to facilitate a child sex crime and child sexual assault. Police alleged that they found numerous compromising videos in his home of teen victims, including Kizer.

Authorities said “hundreds” of disturbing videos and photos were found in Volar’s possession. One of the victims could have been as young as 12, according to court documents.

Volar was released from jail a day later.

On the day Volar’s death, Kizer went over to Volar’s house. She fled from Nelson after the pair had gotten into a fight. She reportedly said she feared Nelson would hit her again.

While at Volar’s home, Kizer said the man gave her a drug that made her “feel weird,” then tried to rape her.

“I tried to get up, to get away from him but I had tripped, and I fell on the floor, and he had got on top of me,” she said. “And he was trying to like, rip my pants off, my jeans that I had on. … I was, like, wiggling. Cause once me and [Nelson] had fought, he had tried to pin me down, but I’ll wiggle to get loose.”

Kizer said she didn’t remember getting the gun and didn’t remember shooting Volar. Nelson had reportedly purchased a .380 pistol for Kizer after he grew suspicious that “someone was following her.” Kizer reportedly said she had the gun in her purse as she took an Uber over to Volar’s home on the night in question.

She later fled in the man’s BMW. Police eventually arrested her and accused of killing Volar for his car.

In Wisconsin, the affirmative defense has never been used for a homicide case, according to the Brainerd Dispatch. Regardless, Kizer’s lawyers are planning to appeal that ruling.

Kizer remains behind bars on a $1 million bond.

Meanwhile, Kizer’s family set up a GoFundMe page to help with her “basic needs” while incarcerated, as well as bail, if it can “get it lowered to a realistic amount.”