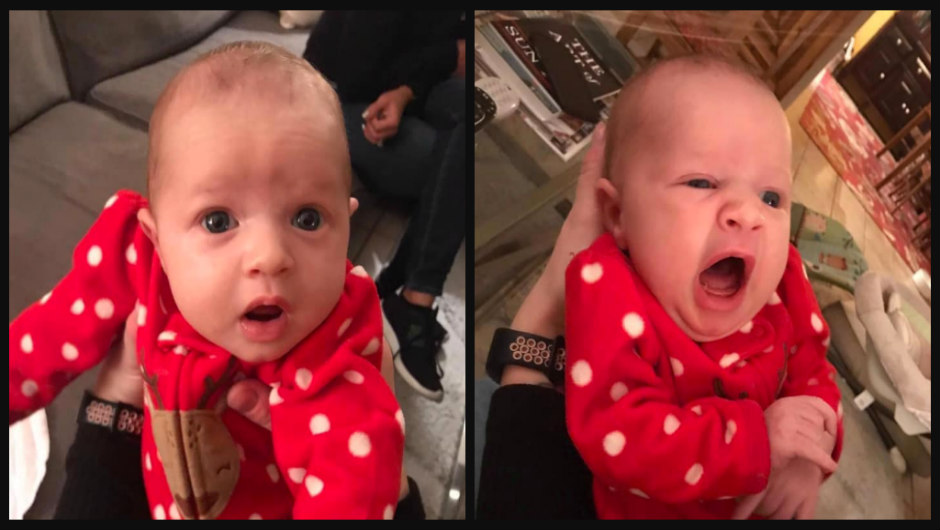 It’s the best Christmas present he could ask for. A Texas man has been reunited with his infant girl following an alleged abduction by her mother’s friend.

Baby Margo was found safe last week after her mother’s friend, Magen Fieramusca, allegedly abducted her and tried to pass the infant as her own. According to Shane’s father, Ty Carey, the baby arrived home last night after hospital records confirmed her identity.

ABC 13 reports that social services took Margo after she was found with Fieramusca, who told law enforcement officials that the baby was hers. According to  Tiffani Butler with the Department of Family and Protective Services, a DNA test was ordered to ensure the baby was indeed Margo, following Fieromusca’s claims.

“We do ask for DNA to be tested to make sure that the people who are coming forward and saying that they’re relatives are actually relatives,” Butler said.

While it’s unclear if DNA results have been confirmed, Ty Carey said that it didn’t matter after documentation from the hospital proved the baby’s identity.

As CrimeOnline previously reported, Margot’s mother, Heidi Broussard, dropped her oldest child off at Cowan Elementary School in Austin on December 12 at around 7:50 a.m. She then returned home with Margot to the Club at Summer Valley apartments in Austin. It was the last time she was seen alive.

When Heidi’s fiance, Shane Carey, arrived home, he said both Heidi and Margot were not there. He reported them missing at around 7:30 p.m. on December 12, around 12 hours from the last time he said he spoke to her.

Carey said he arrived home from work at around 2 p.m. on December 12. He claimed Heidi’s belongings, aside from her cellphone, were left behind, along with the baby’s belongings.

Carey reportedly told authorities that he received a call from their son’s daycare at around 6 p.m. Apparently, no one had picked the boy up yet. Carey said he subsequently contacted 911.

Carey explained that he didn’t call police beforehand because he thought Heidi had gone to her friend’s home in the same apartment complex.

Although Carey was the centerpiece of speculation that he had something to do with his fiance’s disappearance, law enforcement said they have found no evidence to support the rumors.

Authorities found Broussard’s deceased body in the trunk of a Nissan parked at a home in Houston, off of Bo Jack Drive in the city’s NW side on Thursday. The Nissan is registered to Fieramusca, according to officials, who was Broussard’s long-time friend.

Austin law enforcement sources previously alleged that Fieramusca pretended to be pregnant alongside Heidi, but secretly plotted to take her baby. Fieramusca had a baby registry listed on Amazon, with a due date of December 1.

Fieramusca is now behind bars facing kidnapping and tampering with evidence (a corpse) charges. Upgraded charges are possible, according to law enforcement sources.