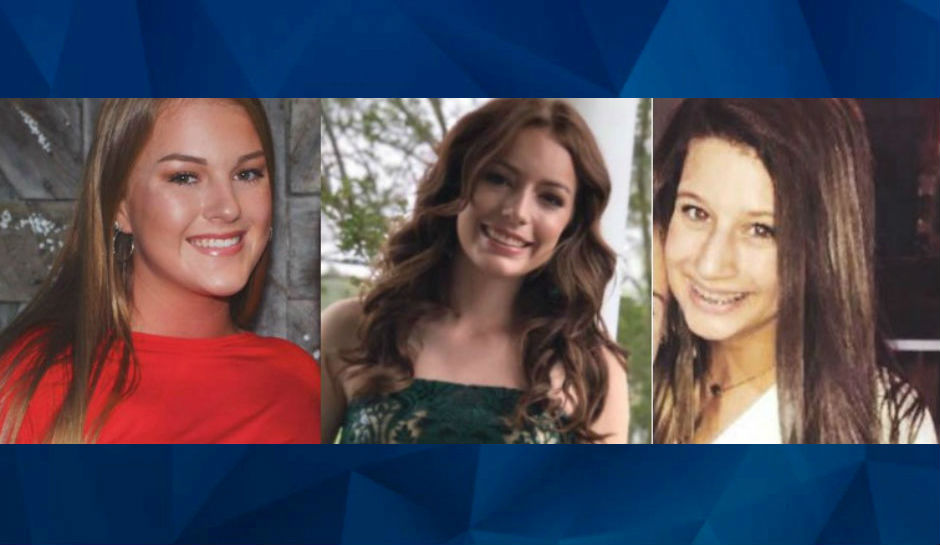 WTVY reports that Cassidy Dunn, Emilee Fain and Addyson Martin, cheerleaders at Geneva High School, were killed on Wednesday when the driver of the vehicle lost control of the car. It is not clear which teen girl was driving. but all three were reportedly sitting in the front seat.

According to the New York Post, the girls had just left a home in Genevea where they had been celebrating Christmas before the early evening crash.

“We’re not sure for what reason they lost control, but it hit a big oak tree,” said Lt. Michael McDuffie, a spokesman for the Geneva Police Department, according to the New York Post report.

“It could have been a deer ran out in front of them.”

Two other girls were in the backseat of the SUV. One was seriously injured and expected to survive, and the other was not seriously hurt.

According to WTVY, another person was killed in a nearby Christmas Day crash in Esto, just over the Florida state border, and the pilot of an ambulance helicopter who had initially been dispatched to the crash died of a heart attack while he was landing at an airport.