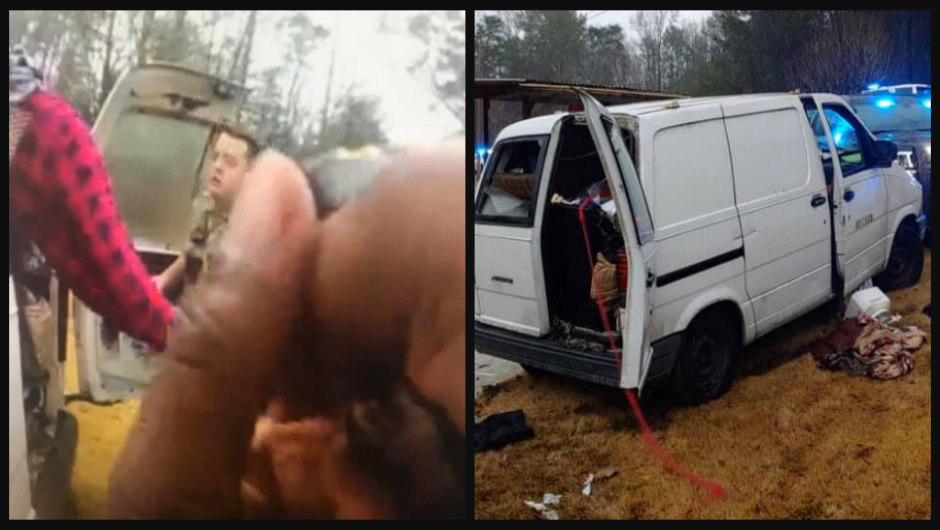 A kidnap victim was rescued in Alabama on Sunday, thanks to the heroic efforts of law enforcement and a witness who saw the woman shrieking for help.

According to the Brookside Police Department, authorities arrested Sean E. Sanders on Sunday afternoon after a witness saw him force a woman into a white van before fleeing. The alleged incident happened in Brookside, off of Brookside Coalburg Road. A witness said the victim was screaming that the man was going to kill her.

Authorities spotted the suspect’s van ram into the witness’ car near Sharon Heights Baptist Church after the witness followed him. Officers gave chase and caught up with Sanders on Mt. Olive Road. After blocking the suspect’s vehicle off, officers attempted to gain entry to the van after spotting a female in the floorboard, bleeding from her face and head.

Sanders allegedly rammed into a police vehicle and sped off again while officers were attempting to get him out of his van. The officers quickly caught up to Sanders after utilizing a rolling roadblock. Sanders then climbed into the back of the van, pulling the victim with him while holding her at knifepoint, according to police.

Officers attempted to negotiate with the suspect for around 35 minutes while the victim screamed for help. Sanders allegedly demanded that the officers kill him. Instead, they snuck around to the rear of the van, where they had a better view, and Tased him. Officers then secured the suspect after entering the vehicle from the front.

The victim, only identified as a white female, was rescued and taken to a hospital for medical care. Although she’s now in stable condition, she sustained numerous injuries after Sanders reportedly beat her with a tire iron.

There is no indication that the pair knew each other.

Inside the van, investigators found a cage, chains, metals wires over the windows, and blankets to prevent anyone from peering inside. Authorities said Sanders was dragging the woman into the woods off of Brookside Coalburg Road when a witness confronted him. He was allegedly planning on killing the victim once he got her into the woods but forced her back into his van after being spotted.

Sanders, of Los Angeles, California, has a lengthy criminal history including previous charges of assault, narcotics, and kidnapping. Formal charges for the current case are pending.