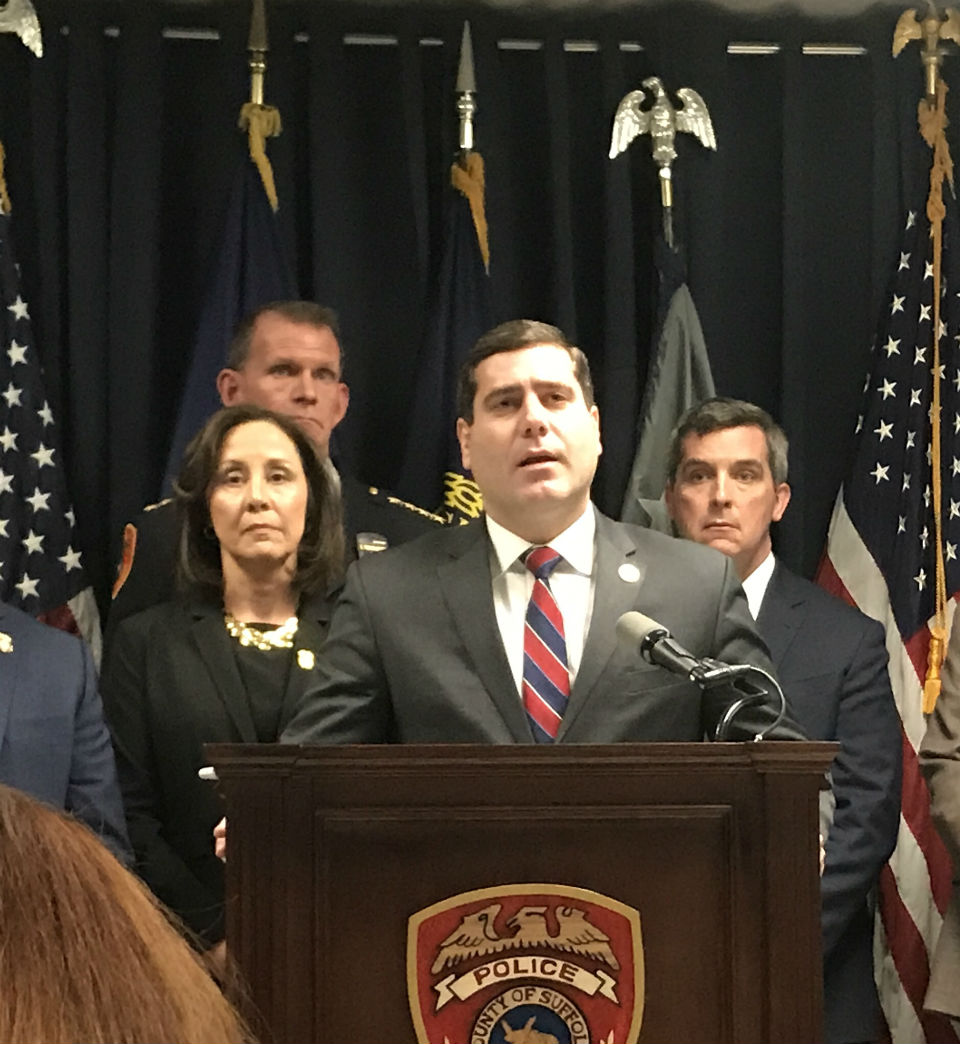 The Suffolk County Police Department held a news conference Thursday to share a new piece of evidence in the nearly decade-old Long Island Serial Killer investigation, the first significant disclosure the department has made about the case since 2011.

In December 2010, while police were searching for Shannan Gilbert, a Craigslist escort who had gone missing in Oak Beach seven months earlier, an officer found the shallow graves of four women along Ocean Parkway near Gilgo Beach, a few miles from Gilbert’s last known location. Investigators believe the “Gilgo Four” and additional remains found in a search of the area are connected to a possible serial killer or killers.

Gilbert was later found dead in a marsh adjacent to the Oak Beach neighborhood where she had met with a first-time client. While a medical examiner was not able to determine Gilbert’s cause of death, law enforcement sources have repeatedly insisted over the years that Gilbert was not a victim of the Gilgo Beach killings.

But in her first public statements about the serial murder investigation since taking the position in 2018, Suffolk County Police Commissioner Geraldine Hart indicated that investigators believe Gilbert may have been a homicide victim.

Hart also announced the release of a previously unknown piece of evidence tied to the possible killer: A photo of an embossment on a belt Hart said was found at one of the crime scenes in the early stages of the investigation, presumably in 2011.

The embossment on the belt appears to carry the initials “H.M.” or “W.H.”

“We believe that the belt was handled by the suspect and did not belong to any of the victims,” Hart said on Thursday.

The commissioner declined to comment when asked if she believed the belt may have been a murder weapon. Hart said that additional photos of the belt, which was reportedly collected intact, would be shared on a new website dedicated to the case.

“We understand the value of information provided by the public that could assist this case—that’s why we are launching a website dedicated to the Gilgo Beach investigation,” Hart told reporters.

“Gilgonews.com is a platform to better facilitate an information exchange with the public where the department will, when appropriate, release information as well as provide another avenue for the public to provide tips to our homicide detectives.”

A 911 call that Shannan Gilbert made shortly before she vanished in Oak Beach has been at the center of a yearslong civil lawsuit brought by Gilbert’s estate against a doctor and former Oak Beach resident who Gilbert’s mother believed may have had something to do with her daughter’s death. The SCPD has never released the call in response to public records requests, and appealed a judge’s decision in 2018 to release a recording of the call in connection to the wrongful death lawsuit. An attorney for Gilbert’s estate told CrimeOnline that a hearing had been scheduled for next week, at which the judge could announce a decision on the appeal.

Asked why the SCPD continues to cite an ongoing investigation in its refusal to release a recording or a transcript of the 911 call, despite multiple law enforcement officials stating publicly that Gilbert died of natural causes, Commissioner Hart said on Thursday that her department was “not necessarily certain” that Gilbert died of natural causes.

Hart was a senior supervisor at the FBI’s Long Island office when former SCPD Commissioner Timothy Sini brought the agency in for a fresh look at the serial murder case.

“We’ve constantly said, at least since I’ve been involved in this investigation since 2015, that [Gilbert] does not match the pattern of the Gilgo Beach homicides,” Hart said. “We let the facts dictate where we’re going to go with this investigation.”