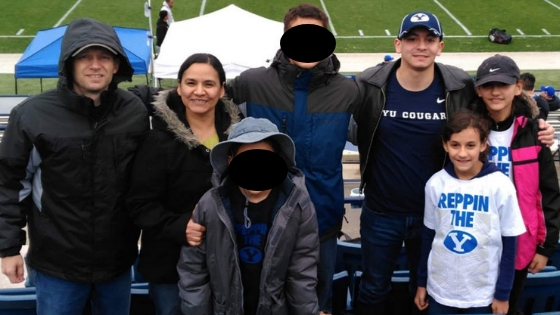 Police in Utah have identified the victims of a family murder the killed a mother and her three children.

In a press conference Monday afternoon, Grantsville Police Public Information Officer Rhonda Fields announced the names of those killed in a shooting at their home on Friday night. She said that authorities would not identify the suspect, a juvenile male family member, until he is formally charged.

A mother and her three children were killed in the shooting: Consuelo Alejandra Haynie, 52; Alexis Haynie, 15; Matt Haynie, 14; and Maylin Haynie, 12. The children’s father Colin Haynie was injured but has since been released from the hospital.

Fields confirmed to CrimeOnline earlier Monday that the suspect is a teenager under the age of 18. At the press conference, she also confirmed that an older brother was away at college at the time of the tragedy.

The suspect is expected to be formally charged with four counts of aggravated murder and one count of attempted aggravated murder. He reportedly surrendered peacefully when he was taken into custody at a hospital on Friday night, but has refused to speak to detectives.

“[It’s] hard to accept something like this has happened in our small community,” Fields said at the Monday news conference.

“Hopefully we are able to work together…to be able to figure out what may have happened in this situation.”
CrimeOnline will provide further updates when more information is available.