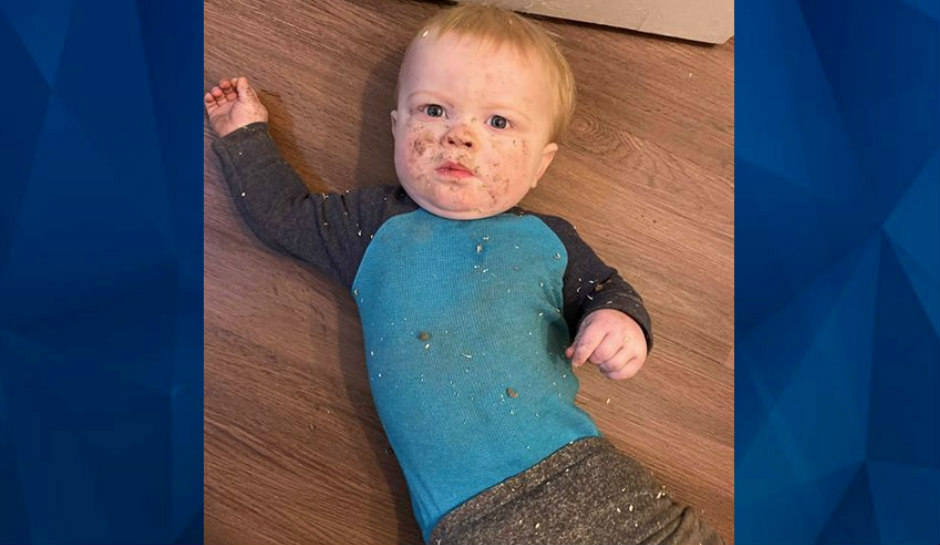 An Oregon mother said she turned her head for only a few minutes when her infant son plummeted eight feet down a heating vent on January 15.

According to KVAL News, 10-month-old Kolson slipped through an open vent inside his family’s Coburg, Oregon, home. The boy’s mother, Saydie Reedy, said the family was in the process of renovating their 1920s home, which has heating vents on the floor.

Reedy, who added that was doing dishes at the time, suspected that her older child, a 3-year-old, opened the heating vents.

“I couldn’t hear him in there, but he was nowhere else to be found so I quickly called 911 – panicking,” Reedy said.

When police arrived, one of the officers took off his pants and shirt, climbed into a crawlspace under the house, then pushed the baby up through the vent and handed him off to another officer waiting inside.

“He didn’t break character once,” Reedy said to The Oregonian/OregonLive. “When the officer lifted him up out of the crawlspace and handed up, the first thing he did was glare at the officer.”

"An officer stripped to pants and T-shirt and went under the house," the Coburg, Oregon boy's mother said. "He shoved my son back up the vent where another officer was waiting to grab him."

Reedy said her son wasn’t injured and the doctor gave the baby a clean bill of health. Yet, she wanted to share her story with others about the dangers of small heating vents.

“I was pretty anxious — I thought to myself, who loses a kid in a vent?” she said. “But a lot of people have reached out and shared their own stories of things their kids have done.”