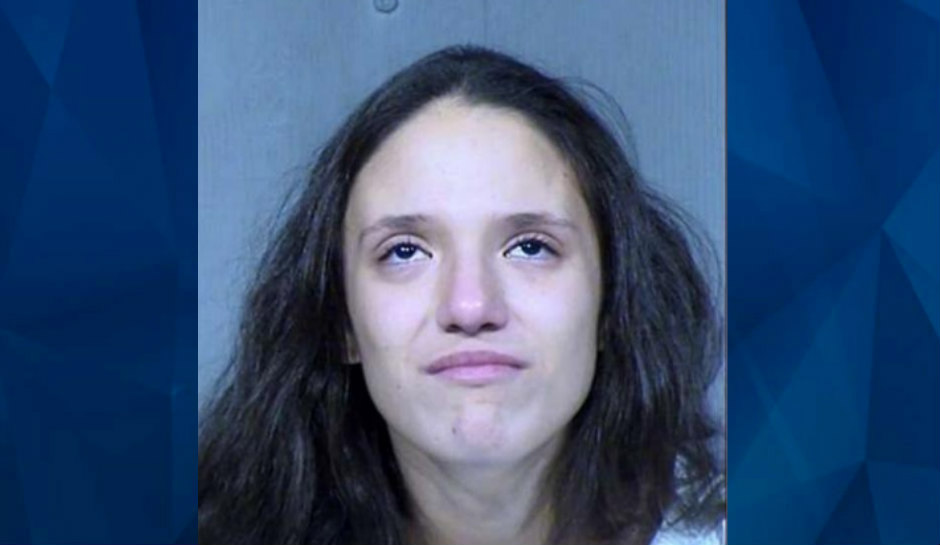 PICTURED: Mother says she sang to her 3 children while smothering them to death. Police say children were previously taken away [Update]

An Arizona woman who admitted to killing her children said she smothered them to death, according to court documents released on Tuesday.

AZFamily reports that 22-year-old Rachel Henry is behind bars on felony murder charges after she allegedly killed her three children. The incident happened at a home near 24th Street and Vineyard in Phoenix on Monday evening.

Authorities arrived at the home after a call about “unknown trouble,” and found three young children unresponsive in the living room. First responders attempted life-saving measures on the children without luck. They were pronounced dead at the scene.

Phoenix Fire officials reportedly described the scene as a “drowning situation,” but authorities later retracted the statement after the mother admitted to killing them. There were no obvious signs of trauma on the children’s bodies.

Henry said that she suffocated the children while singing to them, according to FOX 10, then “placed all of the children in a position on the living room couch as if they were taking a nap.”

The children have been identified as a 3-year-old boy, a 2-year-old girl, and a 7-month-old girl. Their names are not known at this time.

During an interview with police, someone told authorities that Henry, who had recently moved to Arizona from Oklahoma, battled a meth addiction. During a Tuesday court hearing, a county prosecutor told the judge that the children had been previously taken away from Henry because of her issues with drugs.

“My understanding is that her kids had previously been removed from her home by DCS related to her drug addiction,” a county prosecutor told the judge.

While speaking with detectives, Henry allegedly described in detail how she killed her children. She first smothered the 1-year-old girl. When the little girl stopped moving, Henry said she knew she was dead.

The suspect said went to kill the 3-year-old next but waited until a family member stopped playing with him. She then took him to a bedroom and pretended to change his underpants.

Henry straddled the boy with her legs and pinched his nose and mouth. She told police that the boy struggled and tried to hit and kick her. As the little boy clawed at his mother’s chest while desperately trying to breathe, Henry sang to him, according to court documents.

Meanwhile, authorities continue to investigate the tragedy and are trying to determine exactly why it happened, including whether the suspect had postpartum depression.

“It’s mind-blowing, it’s shocking. It’s one of those things where you start asking yourself, why didn’t she reach out for help?” psychologist John Delatorre told AZFamily.