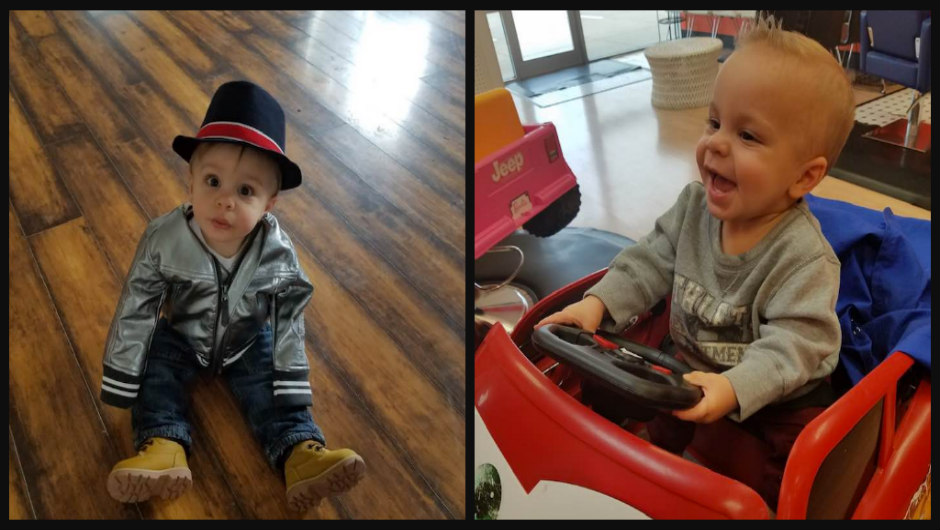 ‘The most horrible man alive’: Dad loads everything in truck except for tot son. He runs him over, killing him [Police]

A Colorado man was arrested last week after police say he ran over his toddler son while high on “dabs,” a concentrated form of marijuana.

CBS 11 reports that 38-year-old Isaac Bullard is facing several felony charges in connection with the death of his son, 23-month-old Jesse James.

According to court documents, the incident happened in Canon City at around 10:45 a.m. on Wednesday, in a driveway off of Natalie Street. Bullard is accused of running over the toddler after he forgot to put him in his vehicle.

Fremont County Sheriff Allen Cooper said Bullard packed everything in his truck that morning, except for his son. When Bullard realized he left Jesse behind, he drove back toward his home and found the little boy lying in the driveway. Security cameras from neighbors allegedly caught the grisly scene.

“Inadvertaly he did not get the child in the car seat and didn’t recognize that until he was to 15th street, he turned around went back and discovered his child in the driveway,” Cooper said, according to FOX31 Denver.

Bullard reportedly then put the boy in his truck and drove him to Fire Station No. 1 at 15th Street and Harding Avenue. Jesse was later pronounced dead after deputies arrived at the fire station and rushed him to St. Thomas Moore Hospital.

Jesse was with his father during a court-mandated visitation, the boy’s mother, Tamlin Bullard, told Metro.

“He loaded everything else in the truck but my son…the death penalty is too easy for Isaac,” Tamlin told the outlet. “That baby is my entire world. And Isaac took his life.”

Arrest documents indicated that Bullard admitted to ingesting a “dab” on Wednesday morning, but claimed he was high on a scale of “2 or 3” out of 10 when he ran over his son. Bullard was also charged with cultivating marijuana plants with the intent to distribute and unlawful manufacture of marijuana concentrate.

Police said Bullard’s home had 79 marijuana plants inside, covering up about half of the residence. Authorities also reportedly seized an AR-15, a loaded Rutger handgun and a bolt-action hunting rifle from the residence.

“Once again, Isaac put marijuana in front of his family,” Bullard said, according to CBS 11. “He threw away his marriage to pursue his dream; now his actions of illegal activities has cost us our child.”

Tamlin, who lives in Texas, admitted that Bullard was once a good father who worried when she took hot showers while pregnant. Yet, as his priority for marijuana grew, according to Tamlin, his parenting skills declined.

‘There’s so many things that made him a good father. But his priority for weed made him the most horrible man alive. He put his high before our son.”

Tamlin said her doctor previously diagnosed her with ovarian cysts and warned that she may never able to have a child. When Jesse was born, she referred to him as her miracle baby.

Bullard is facing charges of child abuse, vehicular homicide, careless driving causing death, and driving under the influence of drugs. He’s since been released on bail while awaiting his next court hearing.

Meanwhile, a GoFundMe page has been created to help Tamlin with burial and funeral expenses. Jesse will be laid to rest on January 30 in Texas.