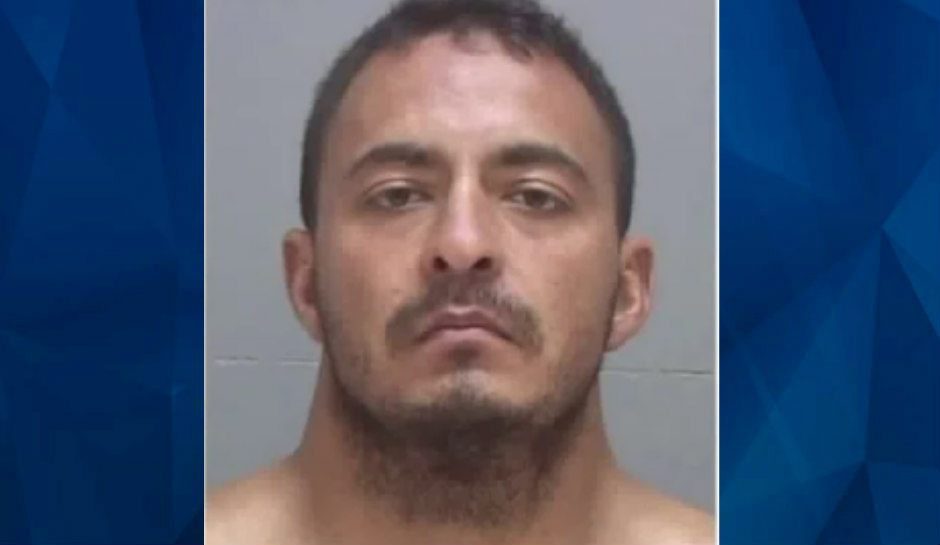 A Utah man is behind bars after police say he kidnapped a 15-year-old high school student in broad light before taking her to his home and raping her.

CBS2 reports that the incident happened on Monday afternoon in West Valley City, as a teen girl was walking near Hunter High School at around 2:20 p.m. According to Unified Police Sgt. Melody Gray, the suspect, identified as 44-year-old Creed Cole Lujan, pulled his car up to the girl and forced her to get inside.

“The driver of the vehicle is seen talking to (the girl) and then (she) got into the vehicle and it drove away,” the arrest affidavit read.

When the victim didn’t arrive home, her mother contacted authorities, who later pinged her phone to an area near 3618 S. 6470 W. Police searched the area and found the teen’s phone in the road, but she was not there.

Hours later, the victim was found “crying hysterically and running frantically through the area,” a probable cause statement read. The victim told investigators that the suspect dropped off close to Hunter High School after brutally raping her.

At around 10:15 p.m., officers arrested Lujan at his home at 3542 S. 6555 West, after the teen gave a detailed description of the home she was taken to. The victim told police she didn’t know the man who abducted her and had never seen him before.

According to the arrest affidavit, the teen told detectives that when Lujan pulled his car over to talk to her, he pulled out a knife and threatened to harm her if she didn’t get into the vehicle. Once inside the car, Lujan allegedly duct-taped the girl’s feet, hands, and mouth and made her get down so that no one would see her.

The suspect then drove the victim to his house, where he made her take three pills to “relax her,” according to police. He then allegedly raped her while filming it, then took photographs of her. Lujan made the girl clean up in the bathroom before dropping her off near the high school.

“[The girl] said the man told her that he had cancer and that he hoped God will forgive him. [She] also claimed that he had never done anything like this before,” the probable cause document read.

Court records indicate Lujan was convicted of attempted murder in 2009, in an unrelated case. In exchange for a guilty plea, prosecutors dropped an aggravated kidnapping charge against him at the time. He spent three years in prison and was released in 2015.

Sgt. Gray sent a warning to the community to keep an eye out and watch their surroundings carefully, according to FOX 13.

“We want to encourage people to pay attention,” Sgt. Gray said. “People in the neighborhood, parents that are home pay attention, go outside be a presence, just that mere presence can deter something like this from happening. Even young kids, walk together if you have a group of kids that can walk together, please walk together.”