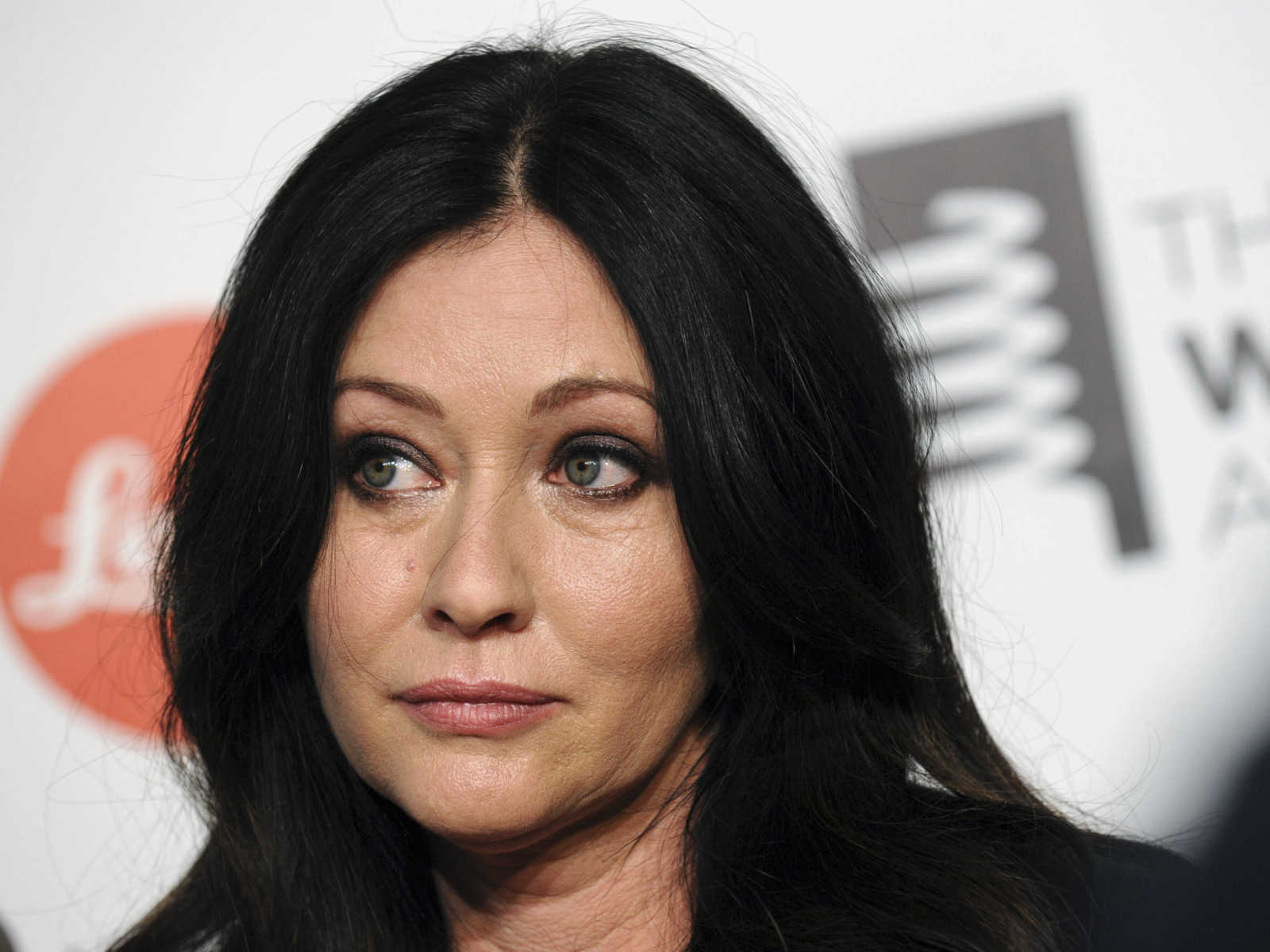 “Beverly Hills 90210” star Shannen Doherty says her cancer has returned after battling it for years. The actress explained during a “Good Morning America” interview that she’s opening up now before it becomes public due to her impending lawsuit trial.

According to GMA, Doherty, 48, filed a lawsuit against State Farm after her California home was damaged during a 2018 wildfire. With a trial looming, she said court documents will likely detail her health condition. She wants to give the public a head’s up and tell her side of the story.

“It’s going to come out in a matter of days or a week that I’m stage 4. So my cancer came back and that’s why I’m here,” Doherty said.

Doherty was initially diagnosed with breast cancer in 2015. She underwent hormone therapy, followed by a mastectomy, and rounds of radiation and chemotherapy. In 2017, she announced the cancer was in remission.

In 2018, Doherty had the DIEP flap surgery, which used her own tissue to help rebuild her breast. Shortly before she began filming a “90210” reboot show, which premiered in August 2019, Doherty learned that her cancer was back and aggressive.

During her first battle, Doherty was open and frank with her supporters about the disease and her ongoing treatment. When she found out her cancer returned, she initially kept the devastating news to herself, telling only a handful of close friends.

According to court documents, State Farms asserts it already paid Doherty $1.1 million. Doherty’s attorneys, however, claim the actress paid out of pocket for many of the repairs that the insurance company failed to pay for, while other claims were reportedly outright denied.

“Plaintiff Shannen Doherty is dying of stage 4 terminal cancer,” the opening lines of the court documents read, according to TMZ.

“Instead of living out her remaining years peacefully in her home, Ms Doherty remains displaced and battling with her insurance company to pay for the repairs necessary to fix the damage her home and personal belongings sustained in the Woolsey Fire in November 2018,” the court documents continued.

Doherty added that the process of fighting State Farm has been grueling for her.

Ct scan to do mapping for radiation plan. This scared me so much. Not sure why. Was supposed to get it with contrast but the minute they started looking at which vein to use I started crying. Full panic attack. Sometimes, you just get sick of being poked. And that's ok. I cried. I felt sorry for myself for a minute. Then stopped and reminded myself of how lucky I am. Thank God my new radiation oncologist decided to try without contrast so I would calm down. So…. one panic attack down and mapping done!! Now to actually start radiation… #cancerslayer #warrior #fightlikeagirl #blessed

“I communicated with my insurance company. I called, I got passed around from claims adjuster to claims adjuster, so I ended up suing State Farm,” she said. “And the result has been one of the most horrific processes I have ever been through.”

State Farm issued a statement to ABC News, insisting that it paid Doherty what was owed to her.

“We empathize with Ms. Doherty’s health issues and wish her a full recovery,” State Farm told ABC News. “We strongly believe we have upheld our commitment to our customer and have paid what we owe on this claim. We are prepared to defend our position in court.”

In spite of her struggles, Doherty remains positive. She’ll continue to fight her legal battles, but more importantly, she hopes to have an impact on the lives of others living with Stage IV cancer.

“I think the thing I want to do the most right now is I want to make an impact. I want to be remembered for something bigger than just me.”