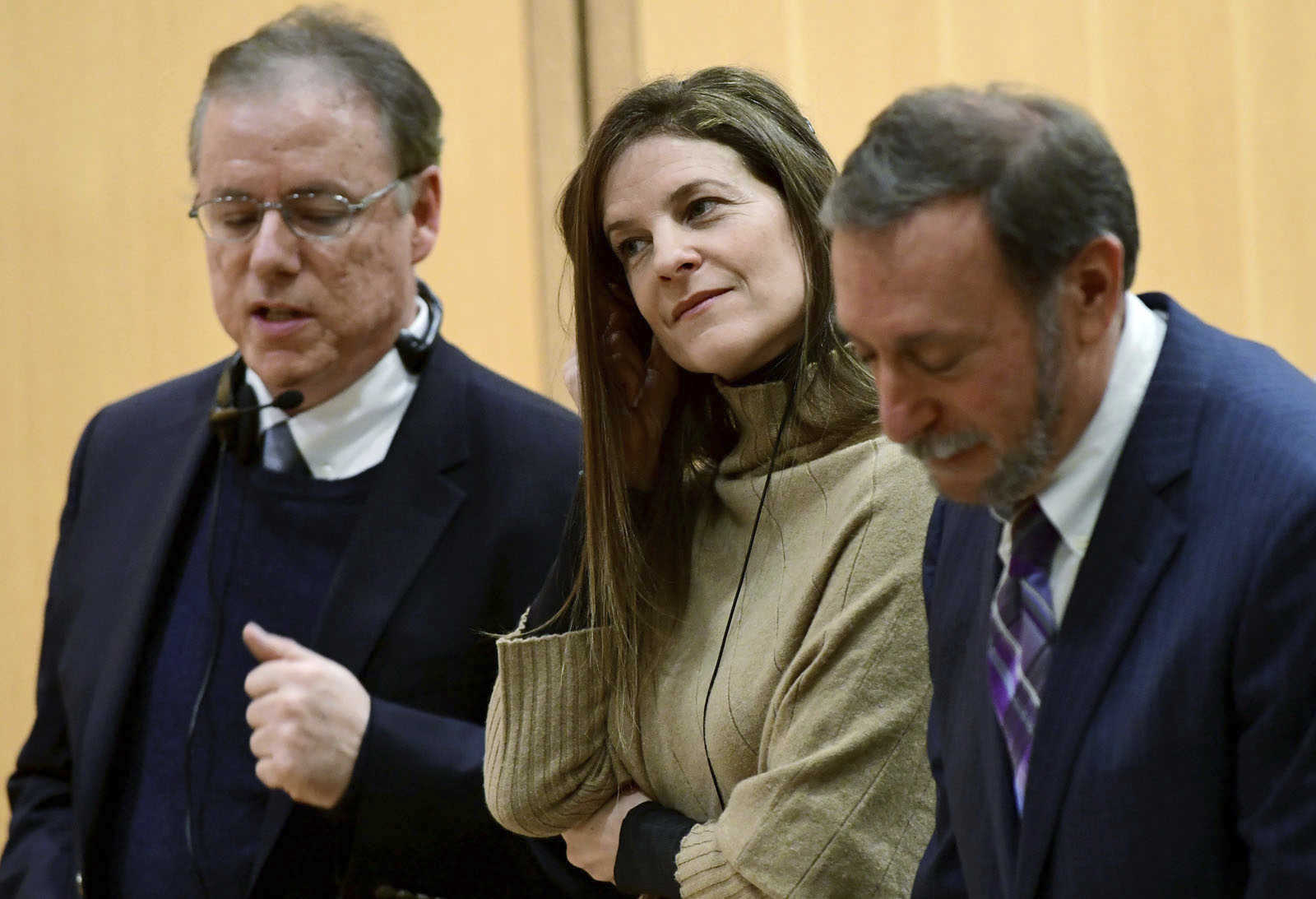 Michelle Troconis, accused of conspiracy to commit murder in connection with the presumed death of missing Connecticut mother, Jennifer Dulos, has apparently broken a few of her bond requirements, according to prosecutors. Troconis appeared at the Stamford Superior Court on Friday with attorney Jon Schoenhorn, in an attempt to lift restrictions placed on her after …

Michelle Troconis, accused of conspiracy to commit murder in connection with the presumed death of missing Connecticut mother, Jennifer Dulos, has apparently broken a few of her bond requirements, according to prosecutors.

Troconis appeared at the Stamford Superior Court on Friday with attorney Jon Schoenhorn, in an attempt to lift restrictions placed on her after she bonded out of jail in January, Patch reports. She also pleaded not guilty to the conspiracy charge and elected to have a jury trial.

Troconis has been arrested three times in connection with Jennifer’s May 24 disappearance. Two previous arrests were for two counts of tampering with evidence. The most previous charge requires her to remain on strict house arrest while awaiting trial.

Troconis’ former boyfriend, Fotis Dulos, was the primary suspect in Jennifer’s presumed death and disappearance. Earlier this month, while out on bond facing murder charges, he took his own life inside a Farmington home.

Part of the stipulations of Troconis’ bond was to hand over all of her passports. In addition, she was to have no contact with Fotis Dulos. In court on Friday, Chief State’s Attorney Richard Colangelo said that Troconis had used a third party to stay in contact with Dulos prior to his death. She also allegedly held onto an expired Venezuelan passport.

“We know nothing about any third-party contact,” Schoenhorn argued.

The presiding judge ordered Troconis to hand over the expired passport.

Schoenhorn said his client’s bond restrictions were hindering her fabric swatch work, which requires her to visit clients in their home or at their business. The judge ruled that Troconis could leave her home only for work purposes, religious purposes, and court appearances.

“But no side trips,” the judge warned.

Schoenhorn also argued that since there has been “zero evidence” of any drug issues, Troconis should not be required to submit to routine drug testing.

In a strange turn of events, Troconis communicated through a Spanish-speaking interpreter while at the court. She has spoken English in previous court dates and previously to investigators, although English is not her first language.

Schoenhorn, according to the Stamford Advocate, said that Troconis may have previously made contradictory statements to investigators due to a possible language barrier. The attorney will likely challenge the statements made by Troconis at some point.

“English is not her first language,” Schoenhorn said. “We’re going to look at whether there might be some language comprehension issues.”

Where is Jennifer Dulos?

As CrimeOnline previously reported, Jennifer Dulos was last seen at around 8 a.m. on May 24, 2019, while dropping her children off at the New Canaan Country School in the prominent New Canaan community in Connecticut.

Police later found her vehicle, a black 2017 Chevrolet Suburban, parked off of Lapham Road. Jennifer was nowhere to be found. A cleaning service arrived at her home at noon on May 24 but never saw Jennifer.

Both Dulos and Troconis were first arrested in June after authorities said the pair tampered with evidence in connection to Jennifer’s disappearance. According to the arrest affidavit, investigators found, in part:

The pair bailed out of jail, but both were arrested again in September on additional tampering with evidence charges after Troconis reportedly turned on Dulos and admitted she lied about seeing him the morning Jennifer vanished.