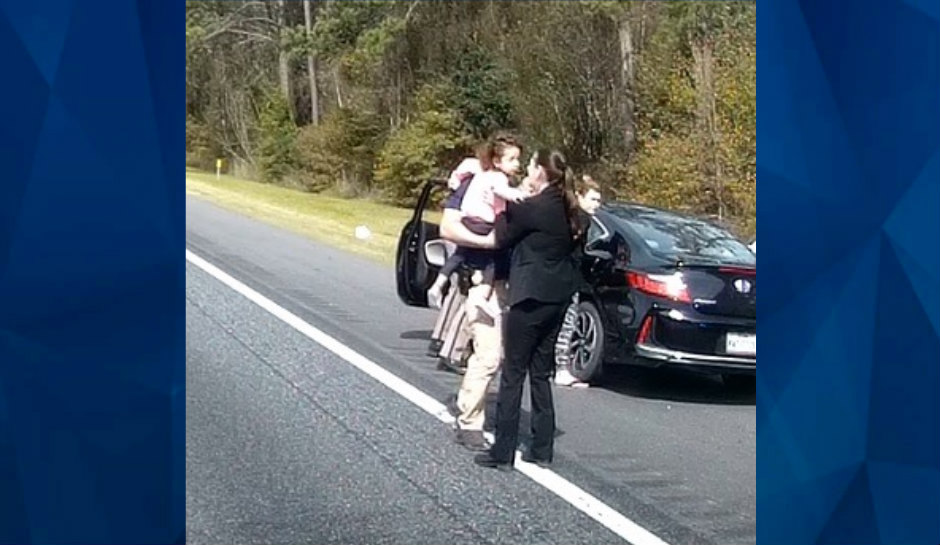 A 3-year-old girl who was snatched from her family’s Florida home on Monday is safe after authorities rescue her from a busy highway.

According to ABC 9, 3-year-old Madeline Mejia was taken from her father’s car parked in the driveway at their home in Orlando on Monday morning. The child’s father, Lester Mejia, said the incident happened at around 6 a.m. after he quickly ran back into the house to grab his keys.

The little girl was already strapped in her father’s car when the suspects allegedly snatched the child and drove away in a black Honda with Texas license plates. Mejia said he got in his car and gave chase but turned around when he realized he didn’t have his cellphone with him.

The Florida Department of Law Enforcement issued an AMBER Alert for Madeline and searched for the suspects’ vehicle while doing air patrols. At around noon on Monday, they spotted the vehicle off of I-10 near Tallahassee and mile marker 208.

The moment our agents recovered Madeline Mejia this morning!Great job to the many FDLE members who helped recover…

Authorities pulled the vehicle over and found the little girl safe inside the car. Four suspects, including at least one woman, were taken into custody without incident, according to the Florida Highway Patrol (FHP).

“We got some information that the vehicle, an occupant’s phone in the vehicle, was being pinged at the 240-mile marker,” Sunday told WCTV. “We were able to ping it several times down the interstate.”

Two of the suspects, identified as Kevin Olmeda-Velis, 19, Tania Fortin-Duarte, 18, are being held at the Leon County Jail on charges of interference with custody. The other suspects have not yet been named.

It’s unclear whether the suspects involved in the alleged abduction knew the father or child. The child’s father told police that he did not recognize the man driving the car and that the child’s mother lived out of state.

“It was anguish not knowing what was happening to my daughter,” Mejia said. “I’m happy for my baby coming back.”