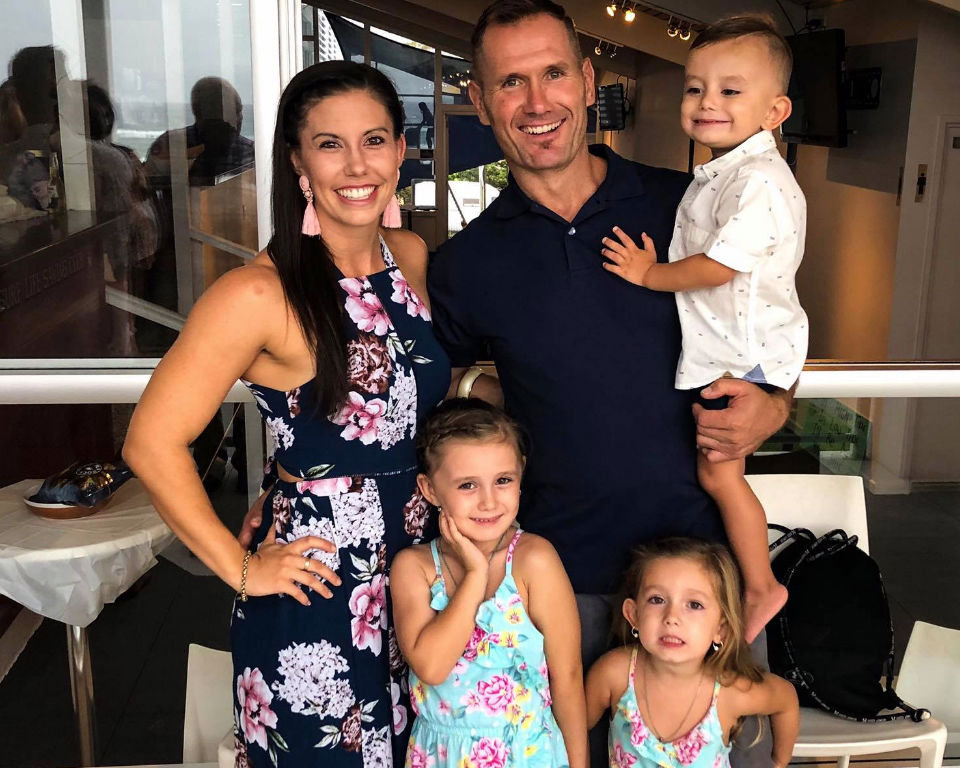 Former pro athlete allegedly poured gasoline on wife and three children before setting car on fire, killing them all

A former Australian pro rugby player is believed to have killed his wife and three children before taking his own life.

As the Guardian reports, Rowan Baxter, his estranged wife Hannah Clarke, and their three young children — Aaliyah, 6, Laianah, 4, and Trey, 3 –– all died last week after Baxter allegedly set his wife’s car on fire while she was inside the vehicle with their children.

According to the report, police in Brisbane believe that Baxter, 42, doused his family member in gasoline before setting the vehicle on fire Wednesday morning. He then fatally stabbed himself. The three children were killed instantly and Clarke, 31, died in a hospital later that night.

She had reportedly escaped from the car after it burst into flames, screaming at onlookers, “He’s poured petrol on me.”

“He might have said he cared and loved his children but I know it was always about him coming first,” one post read.

According to ABC Australia, the couple was separated and Baxter had recently rejected a custody agreement proposal that would have given him custody of the children for 165 days of the year. In late December, shortly after the separation, he allegedly took the couple’s oldest daughter Aaliyah without permission. According to multiple reports, Baxter also recently assaulted his estranged wife, but it is unclear if the alleged assault took place at the same time that he kidnapped the 6-year-old girl.

“In my view, it wasn’t about the children at all, he just couldn’t move past the relationship with Hannah,” a source who spoke on the condition of anonymity told the news outlet.

“He thought he was hard done by and wanted 50 percent of custody and we knew that couldn’t work,” Hannah’s father told Daily Mail Australia.

“The guy didn’t work, he couldn’t support his own family. It started getting ugly.”

Baxter previously played on the New Zealand Warriors NRL, and he and his wife owned a fitness business, according to the Guardian.

“He was going through her phone and tracking her whereabouts,” Suzanne Clarke said, reportedly adding that Baxter knew things he wouldn’t have if he wasn’t invading her privacy. “It was really scary.”

Baxter’s own cousin told an Australian news outlet that he was a controlling misogynist.

“Rowan has been raised … to think that women are two things: to be the house cleaner and to be a prostitute,” his first cousin Sandra Taylor told Australia’s 9News.

Taylor also claimed that Baxter had cheated on Clarke.

“We were at a family barbecue and he was at the grill and I walked over to him and he was sending hundreds of texts to other women,” Taylor told Daily Mail Australia. “I know Hannah believed she wasn’t the only one.”

Chillingly, the alleged killer’s relative added she was not completely shocked about the brutal murders.

“This was a man with a level of hatred and disrespect for their mother so great that he would make this choice — the most horrifying and despicable of choices.”