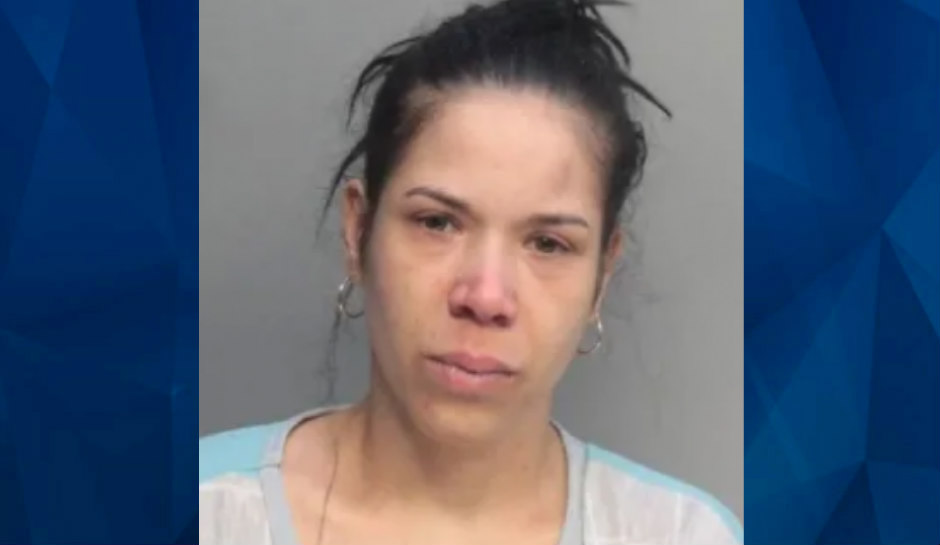 A Florida mother tried to strangle her own infant daughter, police say, but quick-thinking children jumped to action and saved the baby.

ABC7 reports that a tearful Ailenys Carmenate appeared before a bond judge in Miami on Monday, on two counts of attempted murder.

The incident occurred Saturday night at the suspect’s Hialeah apartment, reportedly after she got into an argument with her boyfriend, Randy Montano. According to court documents, Carmenate locked herself and her two other children, ages 12 and 9, inside a bedroom with their 6-month-old sister. She allegedly turned the bedroom light off before she started attacking the baby.

A police report indicated that Carmenate pressed “her elbow against the victim’s throat.” The two older children began hitting, kicking, and biting Carmenate in an attempt to stop her. The 12-year-old managed to get the door unlocked and ran for help.

Montano, who had just gotten home from work, told officers that he went inside the bedroom and saw Carmenate’s hands wrapped around the infant’s throat. Montano said he struggled to pry the suspect away and in the process, the baby fell on the floor.

The girl later told police that Carmenate eventually released her but it was after the suspect strangled her to the point that she “could no longer breathe, and thought she was going to die.”

Montano blew air into the baby’s lungs while waiting on first responders.

CBS Miami reports that family members said Carmenate is suffering from postpartum depression. Montano said the suspect “changed” once she gave birth. Carmenate’s mother said she has been trying to get the suspect help for mental health issues.

“My daughter has actually been having psychological problems since 2011. She had postpartum depression before and she was not prepared to have kids. I have called the police before on her to get her psychological help. They have come but have never taken her away. She needed psychological help.”

Officers arrested Carmenate when they arrived at the scene.

Glazer called the 9-year-old a hero and ordered the suspect to have no contact with any of the victims.

Montano told CBS Miami that the baby survived and is now doing OK. He added that this was the first time Carmenate did anything like this to her children.

Carmenate remains at the Turner Guilford Correctional Center without bond.