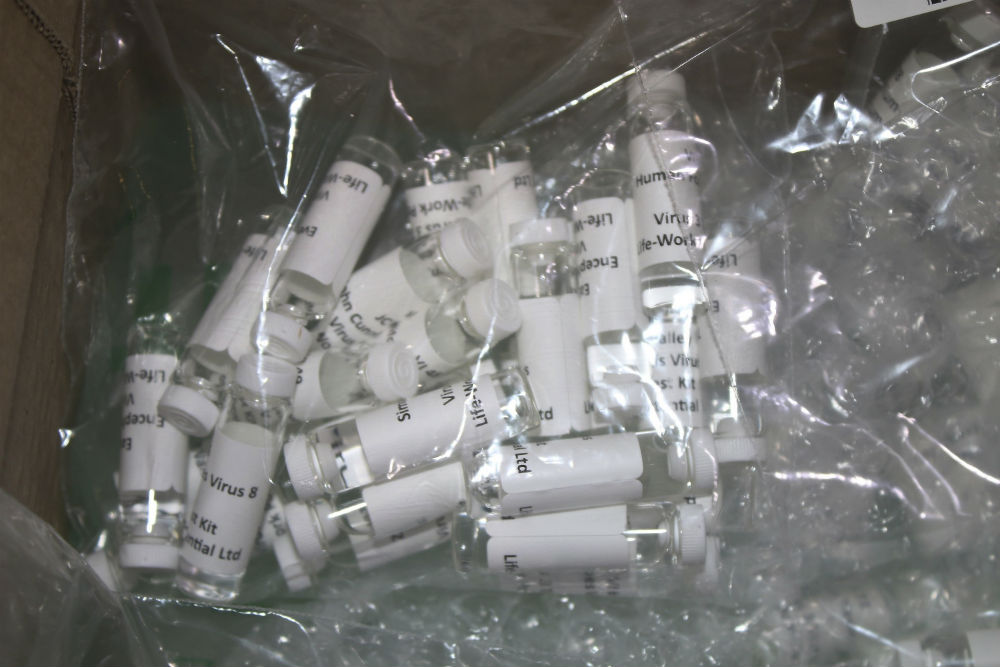 “I saw it sitting on the back shelf and thought, ‘Hey, isn’t that the stuff they’re talking about on TV?’

An Arizona man is dead and his wife is in critical condition after the couple drank chloroquine phosphate, mistakenly believing it would protect them from coronavirus.

As the Washington Post reports, the anti-malarial drug chloroquine has been touted by some high-profile figures, including the U.S. president and an actor who claims the drug helped him recover from coronavirus, as a possible treatment for the deadly disease resulting from the virus that is rapidly spreading across the world. The drug shares the same pharmaceutical name as fish tank cleaner the unidentified couple had in their Maricopa County home.

“I saw it sitting on the back shelf and thought, ‘Hey, isn’t that the stuff they’re talking about on TV?’” the woman told NBC News. “We were afraid of getting sick.”

The couple poured the fish tank cleaner into soda and drank it, and quickly developed symptoms that sent them to the hospital.

The husband, 68, died at the hospital, and his wife, 61, remains in critical condition.

In an interview with NBC News, the woman said she understood that chloroquine had not been approved by the FDA, but believed the drug would still be safe as it has been effective in treating other conditions.

“They kept saying that it was approved for other things,” she said.

The woman now deeply regrets her choice and is warning others to rely only on medical experts.

“Please educate the people,” she reportedly said in an audio recording of the NBC News interview posted on Twitter.

“It feels like, like my heart is broken and it’ll never mend. It’s just broke, dead. Like my husband. My husband is 68. We’re healthy. No underlying — no diabetes or lung issues. Nothing.”