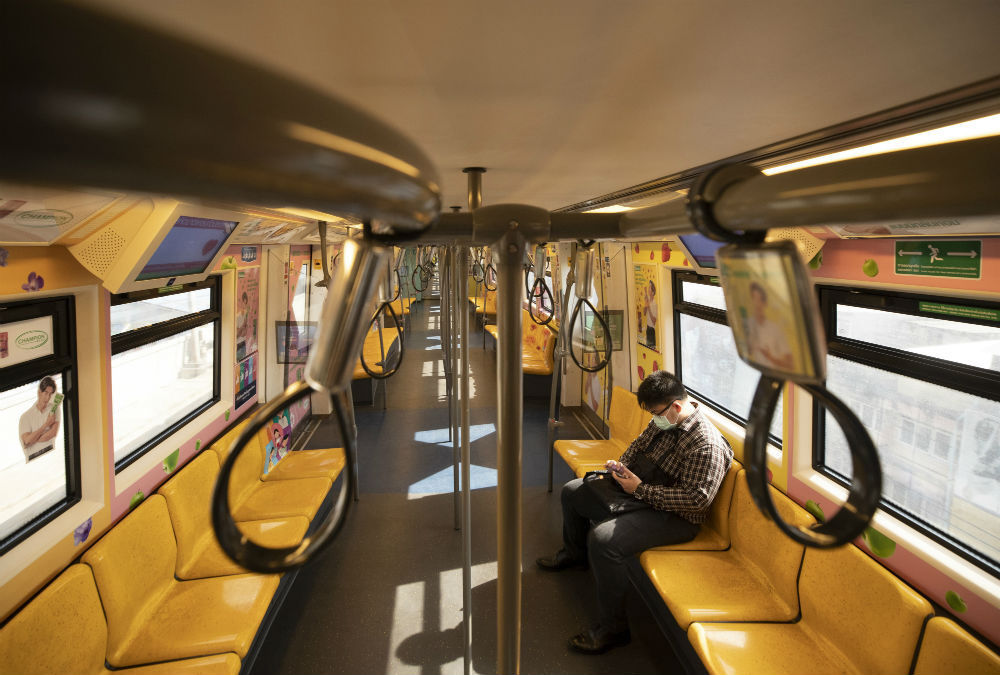 Coronavirus patient spits in passenger’s face, then falls dead on train after vomiting and coughing [VIDEO]

Authorities are seeking a train passenger who was spit upon by a coronavirus patient moments before the infected person collapsed and died.

The New York Post obtained video footage of a man identified as Anan Sahoh, 56, spitting on a passenger buying a train ticket at a station in Bangkok, Thailand. Sahoh then boarded a train and was seen coughing and vomiting before he collapsed and died in front of a toilet, according to Metro UK.

The deceased man tested positive for coronavirus, and authorities are now seeking the passenger he encountered shortly before he died.

“We are now worried about a man that was spat at in the security camera footage,” Thakoon Intrachom, the director of Thailand’s State Railway, told Metro UK.

“Initially, we coordinated with the railway police but they have not found him yet. We want to announce that if anyone knows him or if he has heard about the news, then he should please go to the hospital immediately.”

According to the Metro report, Sahoh passed a fever check before boarding the train.