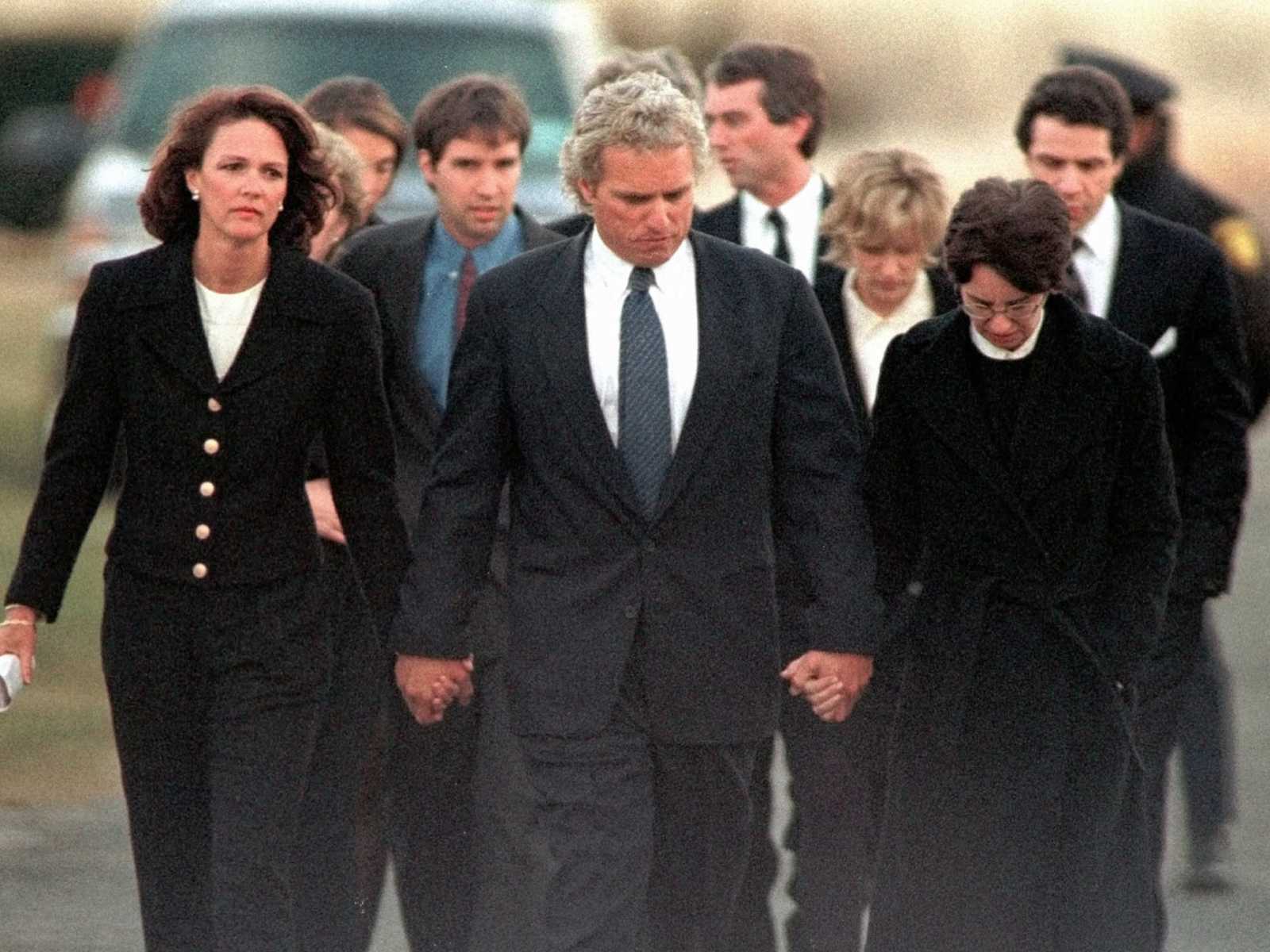 BREAKING: Bobby Kennedy’s granddaughter and her 8-year-old son have been missing for over 24 hours after canoeing into Chesapeake Bay

Police found an overturned canoe in the water on Friday

John F. Kennedy’s grand-niece and her 8-year-old son are missing after a possible canoeing accident on Thursday.

As the Washington Post reports, Maeve Kennedy Townsend McKean, 40, and Gideon Joseph Kennedy McKean, 8, have been missing since Thursday afternoon when the mother and son got into a canoe to retrieve a ball Gideon had been playing with.

Maeve’s husband David McKean told the newspaper that his family had been staying at the waterfront home of Maeve’s mother, Kathleen Kennedy Townsend, in Shady Side, Maryland.

After a ball the children had been kicking fell into Chesapeake Bay, Maeve and Gideon “popped into a canoe to chase it down. They just got farther out than they could handle and couldn’t get back in,” David said in an interview with the Washington Post.

According to the report, a witness called authorities at about 4:30 p.m. reporting that people were “seen struggling to return to shore in a canoe.”

The Maryland Natural Resources police found an overturned canoe in the bay on Friday. It reportedly matches the description of the canoe Maeve and Gideon were in, but David McKean would not confirm if it was the same one, telling the newspaper that the search was ongoing.

McKean is the granddaughter of the late Senator Robert F. Kennedy, JFK’s brother.

“At this time, our family asks for privacy and that everyone keep Maeve and Gideon in their prayers,” family spokesman Alan Fleischmann said in a statement.