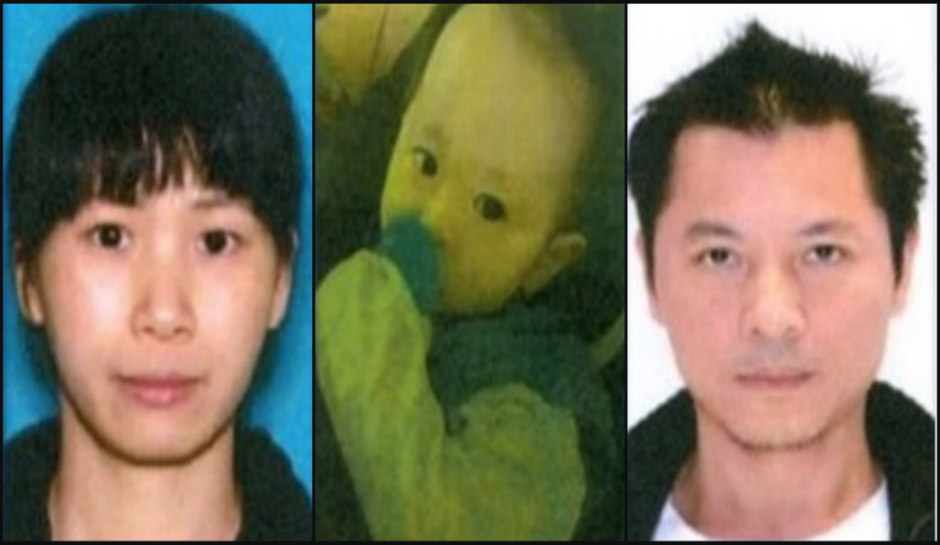 Colorado authorities continue to search for a couple who left their 5-year-old daughter home alone and disappeared with their youngest child.

As CrimeOnline previously reported, Liu Nei Li, 40, and Zaiqiao Feng, 48, of Thornton, have not been seen since Monday. The pair took their 2-year-old child, Anny Li, with them but left their older child behind, according to police.

The 5-year-old, who was home alone by herself for most of Monday, told family members that her parents said they had to go to the grocery store and left without her. She’s now in the care of relatives.

According to the Thornton Police Department, the couple may be in a grey 2008 Toyota Highlander with Colorado license plate, 231-REZ. Police spokesperson Matt Barnes told The Denver Post that there is no indication of any foul play.

As of now, authorities are uncertain what happened to the family. It’s unclear if their disappearance is voluntary or if something happened to him that prevented them from coming home.

“That’s why it’s so perplexing. We don’t know, are they still local? Are they injured? Are they hurt? Did something bad happen to them – or did they just leave the state? We don’t know,” Thornton Police Department Officer Matt Barnes said, according to Fox 31 Denver.

According to neighbors, the family left “in a hurry” and threw a duffel bag into their vehicle, leaving the 5-year-old behind.

“We were just lucky a relative lived in the area and saw the girl in the yard and took her in to safety. If she would have remained in the home overnight or for days without anyone finding her – it’s concerning,” Barnes said.

Anny reportedly has medical issues that require her to take frequent medication. It’s unclear if her parents took the child’s medication with them when they left.

After discovering the pair missing, authorities executed a search warrant of the residence and on Wednesday, found an “illegal marijuana grow” inside their home. Neighbors said law enforcement officials were seen carrying out numerous plants.