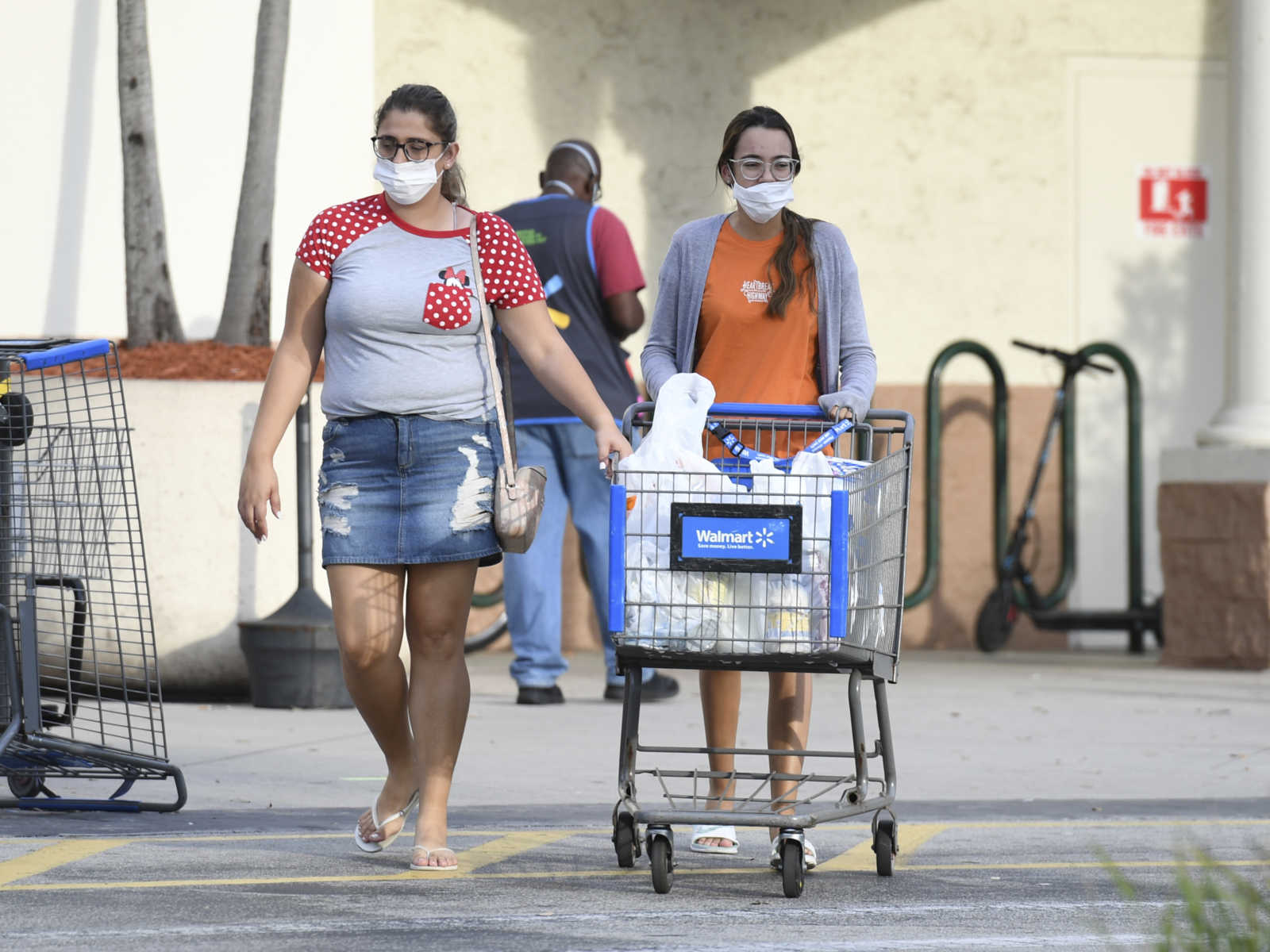 At least 4 grocery store workers have died of coronavirus, including 2 at the same Walmart store: Report

One of the deceased employees was only 27 years old

At least four people who worked in grocery stores during the coronavirus pandemic have died after contracting the virus that causes COVID-19.

According to the Washington Post, a Trader Joe’s employee in New York, a worker for the Giant grocery store in Maryland, and two Walmart employees who worked at the same Chicago store have died of COVID-19.

As the report notes, workers at grocery store chains all over the United States have remained working as the virus has stalled much of the economy, and there have been widespread complaints among workers about a lack of protections, hazard pay, and paid sick leave policy for patients who may be experiencing symptoms of the highly contagious virus but are unable to access a test.

“One of the biggest mistakes supermarkets made early on was not allowing employees to wear masks and gloves the way they wanted to,” supermarket analyst Phil Lempert said in an interview with the Washington Post.

The deaths of the grocery workers were reported amid plans for multiple grocery chains to significantly expand their workforces to accomodate a significant uptick in people who are working remotely and avoiding restaurants and bars (which have completely shut down in New York, Florida, California and other states).

“They’re starting to become proactive now, but it’s still going to be much tougher to hire hundreds of thousands of new workers. We’re going to start seeing people say, ‘I’ll just stay unemployed instead of risking my life for a temporary job.’”

According to NPR, Walmart has not shared details about the workers who died, but the Chicago Tribune said they were both males, ages 48 and 51, with unspecified pre-existing conditions.

Representatives for Walmart said that the deceased employees had not been in the store for a week before their deaths.

The Giant employee who died has been identified as 27-year-old Leilani Jordan, according to WUSA-9. Jordan reportedly worked as a greeter at a store in Largo, Maryland.

Jordan’s mother told the news outlet that her daughter was dedicated to her job, and put herself at risk in order to keep coming to work when others weren’t.

A spokesperson for Trader Joe’s told the Washington Post that an employee at a Scarsdale store with an underlying medical condition had died early Monday morning. The spokesperson did not provide any further details about the employee, but said that the store would remain closed through Thursday.