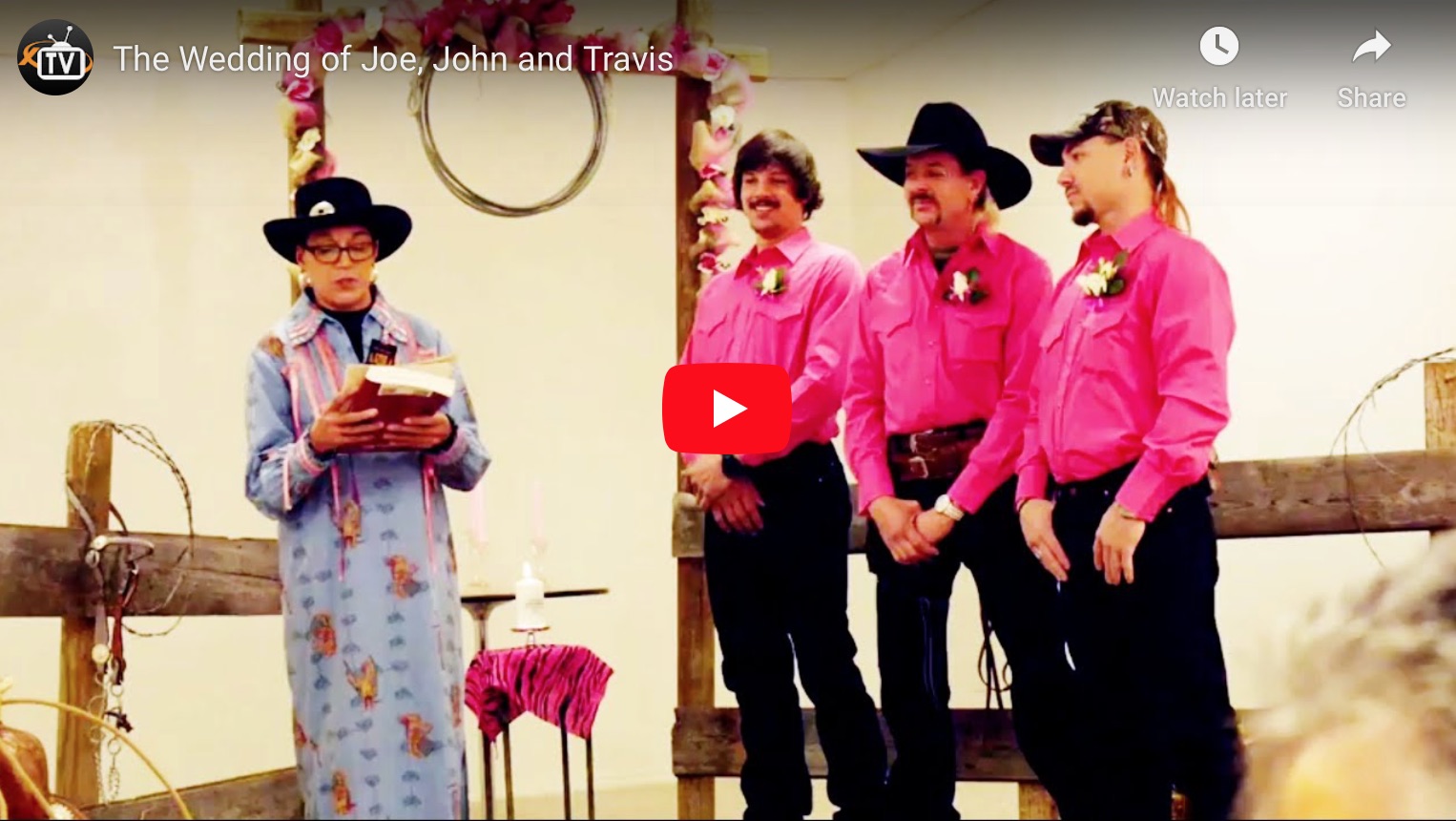 The wedding of “Tiger King” star Joe Exotic to his two husbands can be seen on YouTube, providing an added glimpse to the unconventional ceremony portrayed on the popular Netflix series.

As the New York Post reports, video of the three-way wedding between Joseph “Exotic” Maldonado-Passage and his much-younger grooms John Finlay and Travis Maldonado can be seen in a 22-minute video on YouTube.

The video also includes footage of Joe Exotic buying clothes for his grooms and their wedding party.

The marriage trio didn’t last: As seen in the Netflix series, John Finlay left the marriage after becoming involved with a woman who also worked at Joe Exotic’s big cat zoo in Oklahoma. And Travis would later die after he accidentally shot himself with a gun he did not know was loaded.

But just two months after Travis’s tragic death, Joe Exotic married his current husband, Dillon Passage, who has continued to support his husband following his conviction in a murder plot that targeted his rival Carole Baskin, the owner of Big Cat Rescue in Florida. Joe Exotic was found guilty of numerous charges, including hiring a hitman to kill Baskin. The plot never materialized.